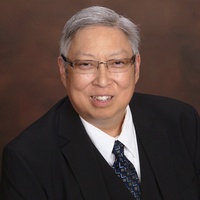 The Honorable Michael Wei Kwan passed away at home on Tuesday July 21, 2020 of natural causes. Our loss is great and will be long lasting. Michael’s life was filled by service to Utah and national Asian Pacific American communities as a mentor and teacher, fierce advocate for justice, peace and equity, and as an example of moral leadership. Michael was a true visionary whose humility prevented him from acknowledging his personal impact on our global communities, preferring instead to acknowledge the collective work of communities he helped come together.

Michael was born in Inglewood, California in 1962, the second child and only son of Fulton Checkfull Kwan and Marjorie Lim Kwan. He grew up in West Hills, California and graduated from Canoga Park High School in 1982, where he was an active member of the high school band and the Junior ROTC program. Following a long line of familial legal minds, Michael received his law degree from Whittier College School of Law in California and was later certified in Chinese Law by the East China University of Politics and Law.

Michael met his wife Jennifer XiaoYing Chen in 1992. They married in Las Vegas, Nevada on June 4, 1994. They have two wonderful children, Elizabeth and Richard, and one granddog, Beebo. Michael adored them all. In 1996, Michael moved his young family from the San Fernando Valley in California to Taylorsville, Utah.

He began his career in Utah in the healthcare field as an EMT for Gold Cross Ambulance and then as a Burn Technician at the University of Utah Hospital Burn Unit. After passing the Utah bar, Michael worked as a Salt Lake City prosecutor and served as Pro Tempore Judge in 3rd District Court from 1996 to 1998, when he became the first Municipal Judge appointed to the Taylorsville Justice Court where he presided until his death. One of the benefits of being a judge is performing weddings, which Michael loved to do as evidenced by the numerous ceremonies he conducted.

He taught judicial and law classes at the Utah Judicial Institute, the American Bar Association, and the National Drug Court, among others, and lectured at countless educational programs across the country. He was a valued, highly sought-after speaker, as his presentations were always well-researched, interesting, and seemingly effortless. He could truly speak about anything, at any time, and anywhere. In addition, Michael was an adjunct professor in the Salt Lake Community College (SLCC) Criminal Justice Program for more than 20 years. Michael’s service to SLCC extended to the maintenance of courses in the Criminal Justice Program and he also served as Chair to the SLCC Criminal Justice Program Advisory Committee (PAC).

Michael’s professional career was marked by innovation. His honors and awards are plentiful. Among these, he started one of the first DUI/drug courts in the nation in 1998. The program was honored in 2008 with the Governor’s Award for reducing drug and alcohol abuse- related crimes. It has been used as a prototype for other courtrooms across the country. His model for the domestic violence program was awarded the Peace on Earth Award from the Salt Lake Area Domestic Violence Advisory Council in 2002. Another example of the numerous awards he received is the Utah Judicial Council’s Quality of Justice Award in 2001.

Michael was an active member of the community on many levels. He founded several social justice, community, and advocacy organizations and served countless others in a myriad of ways. Notable among the organizations in which he founded, served as board member, advisor, or consultant are OCA-Utah, and several OCA chapters, Utah Minority Bar, Asian Pacific Islander American Public Affairs – Utah chapter, Utah Asian American Chamber of Commerce, and the Refugee and Immigrant Center-Asian Association of Utah, where Michael was serving as Board Chair at the time of his death. Especially meaningful to him was the national OCA-Asian Pacific American Advocates, in which he served on the Executive Board since 1997 and as the national President in 2015. Along with his sister, Karen, Michael founded and supported OCA-Utah in 1998, receiving the Pillar of the Community Award in 2012 for his tireless dedication to the Asian and Pacific Islander community.

Something that gave him much joy was working on the celebration and coordination of the 150th anniversary of the Chinese workers on the Transcontinental Railroad. In addition to being appointed to the State of Utah Golden Spike Commission, Michael spearheaded and led the global community of descendants, supporters, and advocates as President and Founder of the Chinese Railroad Workers Descendants Association. Michael worked tirelessly and successfully to honor and properly credit our   ancestors   in   the   celebration   of   the   150th anniversary of the Transcontinental Railroad, gaining global recognition for his efforts.

While his life was not long, Michael’s legacy of good works, kindness, dedication to serving others, his leadership, and sense of humor will be with us for countless future generations to come.

There will be a procession on Friday July 31, 2020 to Taylorsville City Hall where Judge Michael Wei Kwan will lie in state from 2:00 pm to 4:00 pm for a public viewing. Please remember to wear a mask inside and maintain an appropriate social distance from others.

Flowers may be sent to McDougal Funeral Homes, 4330 S. Redwood Road, Taylorsville, Utah 84123, by Friday morning, July 31, 2020. Or in lieu of flowers, the family suggests a donation  to OCA-Asian Pacific American Advocates in memory of Judge Michael Wei Kwan at www.ocanational.org/donate.

To send a flower arrangement or to plant trees in memory of Michael Wei Kwan, please click here to visit our Sympathy Store.

To order memorial trees or send flowers to the family in memory of Michael Wei Kwan, please visit our flower store.