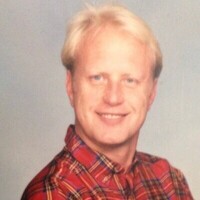 Michael Que Hendrickson, the man, the myth, the legend passed away, kicked back in his easy chair on November 4th, 2020.  Mike was born on November 21st, 1950 in Payson, Utah to his loving parents Ross and Janelle (Cooper) Hendrickson.  He was smack dab in the middle of the seven children the couple had together.  He truly loved his siblings and would regularly remind them all of his toughness, outstanding sense of humor, awesome dance moves and overall stud status while growing up.  When Mike was young, the family moved from Payson, Utah to Lander, Wyoming where he spent his formidable years attending Lander High School, working at the A&W and generally making mischief in his free time. He was a popular guy, into sports, his female classmates and he was a state champion level wrestler.  In 1967, Mike enlisted in the Army and went to fight for his country in Vietnam.  There he further confirmed what a legend he was by being a paratrooper and training with the 82nd Airborne.  He survived helicopter crashes and saw some brutal combat that forever changed him.  He is a true American hero and received a variety of military decorations for his service.

Upon returning from Vietnam he was reconnected with the love of his life and school sweetheart, Mary Lou (Judd) Hendrickson (deceased) and they married on June 10th, 1972.  They worked at a diaper factory while completing their education, it was a crappy gig but the couple treasured this time in their lives together.  Upon graduation, Michael went into Computer Programming and Mary Lou was an Elementary School Teacher.  They lived happily in Grantsville, Utah and had two amazingly beautiful children, Leslie and Scott Michael.  Sadly, on February 1st, 1980 Mary Lou didn't wake up and passed away with the son she was expecting.  This didn't stop Mike although he was forever devastated by the shocking loss.

He was a single father to Leslie and Scott and relocated to the Salt Lake valley where he was a great father to his young children.  He would attend his children's sporting events and he cheered loudly for them which could be super embarrassing but endearing. He was a classroom "mom" at their elementary school and he would always do his best to cook delicious meals and be there for his children as best he could while working at Hercules and Morton Thiokol as a Computer Programmer.  He went on to become also a Systems Analyst Consultant and spent the 1990's helping companies prepare for Y2K (you're welcome).  He was a man that was passionate about learning, life experiences, travel, history and of course the ladies just to name a few.  He would regularly take time off work to enjoy Shark Week, he loved politics/current events, reading, great clothes/accessories, shopping and music.  He was a certified SCUBA diver and earned his private pilots license just to add to his badass resume.  He was a truly unstoppable force when he found something that interested him.

Upon the untimely passing of his beloved son, Scott on February 26th, 1992 some of the wind was taken out of his sails.  He was still a driven and passionate man but a sadness engulfed him.  He struggled but did his best to go on.  He was a dear friend to many and never knew a stranger.  He was warm and personable with anyone he encountered.

Mike was a beyond hilarious, charismatic man and was always the life of the party.  He will be missed by all who knew him.  Although the last portion of his life was difficult due to the demons he faced, health challenges and physical limitations he did his best to stay positive.  His family will honor his request to have his ashes scattered in his beloved Wyoming at Sinks Canyon as that is where he proposed to his bride and was at his happiest.  "My Way", the Frank Sinatra version, will also be played as he always requested.

He is survived by his daughter, Leslie (Mark) Spivey, his granddaughter Kayli (James) Duprest and his dear brothers R.K., Steve (Nancy), Del (Diane), Todd (Becky) and his much beloved baby sister Traci (Ron) Stine.  He also had many nieces and nephews, cousins, and extended family he loved very much.  He is preceded in death by his loving parents, Ross and Janelle (Cooper), his big sister Lynda (Bill) Boulette, his beloved wife Mary Lou (Judd) and his incredibly adored son, Scott as well as many other dear friends and family members.

In lieu of flowers the family asks that you donate to WoundedWarriorProject.org as veteran's causes were always very important to him.

To send a flower arrangement or to plant trees in memory of Michael Que Hendrickson, please click here to visit our Sympathy Store.

To order memorial trees or send flowers to the family in memory of Michael Que Hendrickson, please visit our flower store.