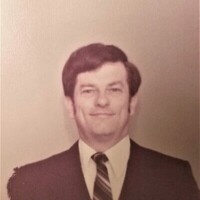 Melvin LeRoy Wilkinson came into this world on July 11, 1942. The son of Glenda Odekirk and Kenneth Wade. He was raised with two brothers and three sisters by his step-father Max Wilkinson. Touched by his uniqueness, the world has been a happier and brighter place ever since. Though more often called “Roy”, his favorite names were “Dad” and “Grandpa”. These titles were adoringly used by many, as his heart had no boundaries. Dad was accepting of all, judgmental of no one. He saw the good in every person and situation. A true empath, he loved deeply and wholly with the innocence and magnitude of a child. His compassion and empathy allowed him to reach out to those in need, who may otherwise be overlooked. The Christ like and gentle way he went through life was a gift to all who knew him. It was a rare time a person left my dad’s side without one of his hugs. He loved getting them and loved giving them more.

In 1967, my dad married my mom, Suzanne, in the Salt Lake Temple. They are the parents of David, Rachel (Ryan), and Holly. Blessed with a brilliant mind, dad excelled academically. An Ivy League graduate, he proudly earned a bachelor’s degree from the prestigious Columbia University in New York City. Being proud of his lineage to the family of Brigham Young, through Lorenzo Dow Young, it was even more significant that he then received a master’s degree and a PhD from Brigham Young University. The diversity of these schools allowed for many colorful and scholarly conversations with my dad. Dad loved to talk and discuss ideas and theories. He knew SOMETHING about EVERYTHING. His gift with words did not stop there. Dad was an accomplished and published writer. He was rarely seen without a book in his hand. Because of his true passion for learning, he was a natural teacher. A charismatic and sought after professor, he taught at several Universities across the country. He knew how to draw people in and made learning fun and exciting. A master story-teller, my sister, Holly, and I nodded off to sleep to him telling us many beloved fairy tales as children.

His love and testimony of Heavenly Father was obvious in how he lived his life. Dad was an active member of The Church of Jesus Christ of Latter-day Saints all of his life. He held many callings, including 3 bishoprics. People waited in line to get into the classes he taught. While serving a two-and-a-half-year mission to Germany, he developed bronchitis, and finished the last six months in Denver, Colorado. Countless blessings have been lovingly bestowed blessings to anyone in need. Many people have been comforted and healed by his loving hands on their head. As a young man, my dad was drafted by the U.S. Army on December 7, 1967. He served his country honorably in the medical corps during the Vietnam War on the border between Czechoslovakia and Germany.

In 1987, my dad married his sweetheart, Elaine, in the Salt Lake Temple. She was already the mother of six children, Jan, Ken (Kristina), Kim (Tony), Mark (Angie), Matt, and Mike. He loved and cared for them like his own. He and Elaine later welcomed Shelly into their big family. All were loved. Together, Dad and Elaine, had many adventures. They never missed a Friday date night. Though his accomplishments were many in this life, what mattered most to him were people. No one never doubted his love and devotion to them. Family parties at the park, and his beloved game of volleyball, were his favorite things to do. He was a man without guile and was pure and untainted by evil influences. He lived IN the world but was not OF the world. Dad walked without fear.

His grandchildren, and great-grandchildren were his priceless treasures. He was most joyous when surrounded with their laughter. “Grandpa” was adored by the children of Endeavor Elementary, as he protectively helped them cross the street to school. His job as a crossing guard was always a priority. Even when he could not walk without pain, “Grandpa” brought his trusty folding chair, so the children would be safe. He was faithfully at his corner up until the week before he passed away.

David, my dad’s oldest son, lovingly laid his hands on his head and released him sacredly and gently from this mortal life. My dad quietly went home to his Heavenly Father in the early morning hours of September 25, 2020. I know he was welcomed into the arms of his sweet sister, Dawn, his baby brother who only lived one day, his mother and father, his precious dog, Ginger, and many other loved ones and friends who have undoubtedly missed him. Though sorrowful, I know it’s but a temporary absence. We will forever feel his love. Great on this earth, but greater in heaven. Dad believed that “unicorns” were among us. Magical and mystical creatures, with strength and purity, not of this earth. My dad was the best unicorn of all.

Thank you from the bottom of our hearts for the compassion and care from everyone at Lakeview Hospital, for dad, and for all of us. We are forever grateful.

“It cannot be of ill-fortune to have loved a unicorn.” The last Unicorn

HEROES
Written by Rachel Barton
for my dad

When you think of heroes
Tell me what you see.
Superman, a knight, or prince..
to set a maiden free?

I’ll tell you of a hero.
One of the rarest kind.
A man whose heart has room for all,
The purest soul you’ll find.

My hero doesn’t wear a cape, or armor, or a mask.
He doesn’t fly and doesn’t fight
A fiery dragon’s wrath.

No accolades are needed.
He never looks for praise.
Selfless acts of kindness,
Are how he spends his days.

My hero always gives his all
And always has the time,
To make me feel important.
He’d give me his last dime.

Worldly things mean little.
What gives him the most cheer,
Are hugs, and love, and home-made gifts
from those he holds so dear.

My hero now has left me.
It doesn’t seem quite fair.
There’s no more hands to bless my head.
Just a porch and empty chair.

He hasn’t gone forever.
My hero’s looking down.
He’s gone home to HIS kingdom.
And now he wears a crown.

Through sunsets, rainbows, breezes...
and a peaceful flying dove.
He’ll give us gentle nudges
Of his undying love.

The crown he wears reminds me
Of a hero much the same.
Who also gave all that HE had.
Jesus is HIS name.

So when you think of heroes,
Smile and don’t be sad.
Thank you Lord, for such a gift.
My hero, is my dad. ️

To send a flower arrangement or to plant trees in memory of Melvin LeRoy Wilkinson, please click here to visit our Sympathy Store.

To order memorial trees or send flowers to the family in memory of Melvin LeRoy Wilkinson, please visit our flower store.