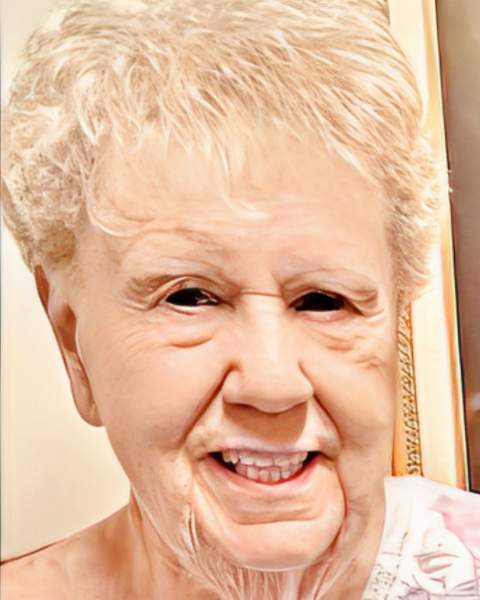 “The angels came, now all I have memories of honey”

Maureen was born August 23, 1937, to Maryann Label and William Mehan. Maureen spent her childhood growing up in San Francisco, California with her parents and sister Joan.  May of 1956 while skating Maureen met the love of her life, a handsome Air force man, Alvin Britton.  Shortly after Alvin and Maureen married August of 1956.

Maureen spent her time at home raising children while Alvin worked.  She had a love for neighbors who became like family, spending afternoons with them enjoying coffee and neighborhood happenings.  Many neighborhood pranks were initiated by Maureen, and many times toilet papering her house for milestone birthdays or occasions was the payback.

She loved adventures, this love for adventure would take her and Alvin and sometimes children and grandchildren to unique, unusual places including ghost towns throughout California, Nevada, and Utah.  She also loved the hunt for a good deal or unique finds, through thrift stores, estate sales and auctions.  She forever will hold #231 auctioneer.

Her curiosity, adventitious side also lead her to seeking events that occurred on the police scanner, many times she’d hear an incident occurring and many times kids or grand kids would be her side kick to “check it out”.

Her witty humor, sarcasm, love for adventures, old and unique items was passed on to her children and many of her grandchildren.  We will miss so much about her and cherish the memories we were so blessed to make with her.

Preceded in death by her husband Alvin, her sister Joan, and parents.

Special thanks to family that took care of Maureen after Alvin passed to all those who kept her company, brought her meals, or took her on adventures.  A special thanks to her Handyman for fixing all she found broken, and to Peggy for staying with her until the end.

God looked around his garden

and found an empty space.

Then he looked down upon this earth

And saw your tired face.

He put his arms around you

And lifted you to rest.

God’s garden must be beautiful

He only takes the best.

To order memorial trees or send flowers to the family in memory of Maureen Britton, please visit our flower store.