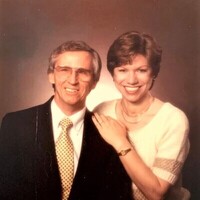 Lynne had been featured as the Snow Queen soloist and the Waltz of the Flower soloist in the Nutcracker.  She was also featured in Cerenade, Cycle, Bravura, Symphony in C, Pas De Cix, Irish Fantasy, Swan Lake, Giselle, and Coppelia.  Her personal work “Pieces of the Game” became part of the Ballet West’s repertory.  She joined the BYU faculty in 1974 for one semester.  In June 1974, she joined a pacific northwest ballet company in Moscow, ID as ballet mistress. In June 1975, she joined Washington State University Summer Repertory Theater as choreographer, and danced in many musical theater productions.  In September 1975, she joined the Washington State University’s staff as choreographer-in-residence.  In 1981, Lynne became associate professor of ballet and theater at Florida School for the performing arts in Palatka, FL.

She married Milo N. Harmon in 1985 becoming the step-mother to his children Jennifer, Amy, Eric, Matthew, Cory and twins Andrea and Marnie.

She is preceded in death by her parents; her husband Milo; her sister Kristen “Taffy;” and her step-son Eric.

Aside from ballet, Lynne loved fast cars, NASCAR, and WWE.  She was an artist through and through as an accomplished seamstress who loved to sew ballet costumes.  Later in life she rekindled her love for creating through crocheting, drawing whimsical flowers and writing poetry.

Viewing will be held Thursday, October 1st at McDougal Funeral Home: 4330 South Redwood Road in Taylorsville from 11 am to 12 pm. Masks required please.

Graveside service will be held October 1st at Mountain View Memorial: 3115 Bengal Blvd, Cottonwood Heights at 12:30pm.  Masks Required please.  Limited amount of seating provided by cemetery, but it is okay to bring your own chair.

To send a flower arrangement or to plant trees in memory of Mary Lynne Shupe Miller Harmon, please click here to visit our Sympathy Store.

To order memorial trees or send flowers to the family in memory of Mary Lynne Shupe Miller Harmon, please visit our flower store.