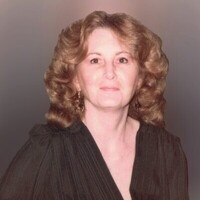 Mary Murray, age 86, departed this earth in the early morning of November 12, 2020 in Salt Lake City, Utah to the arms of the Lord, leaving behind the health challenges this beautiful woman faced throughout the last 4 years.

Mary was born September 13, 1934 in Sioux City, Iowa to Otto F. and Anna C. Skinner Steffen. She enjoyed a happy childhood and learned much helping at her grandma’s farm and with the family’s backyard orchard. Her father took her to see a movie nearly every weekend and he taught her how to fix almost anything. Her mother “Anne” was the best cook around and shared her knowledge with her daughters. Mary attended parochial school in her early years, graduated from Central High School, then attended Morningside College, all in Sioux City. She was intelligent and a skilled artist.

William “Bill” Murray made the best choice of his life to wed Mary in October 1953 in Sioux City. They lived in Sioux City, LeMars, and Fort Dodge, Iowa before moving their family to Salt Lake City, Utah in 1965. Bill always wanted Mary at his side, and she was a faithful caregiver, especially during his lengthy illness. They were married 63 years.

Mary and Bill had five children but lost their daughter Diane in infancy. Mary said the years raising her children were her best; she was an amazing mother. She was a fulltime homemaker until her youngest child started grade school. Mary found employment with Utah Scientific and worked there for 30 years designing circuit boards with multiple layers and thousands of connections.

Some of Mary’s favorite things were her many animals (especially her companion chihuahua Mickey), the Hallmark channel and old classic movies, strawberry shakes, carrot cake, Garth Brooks music, and laughing with her daughters.

In death, Mary reunited with her parents and brother Bud, her husband Bill, daughter Diane, son William R., and so many others!

Many thanks to Dr. Gloria Gonzales and the staffs of First Choice Home Health & Hospice and Encompass Home Health for their care of Mary, with heartfelt thanks to Joel, Dee, Adrianna, Sariah, Dawn, Carol, and Jedd. The family expresses tender gratitude to Father Sebastien of Saints Peter and Paul and to Chaplain Judy Barron.

No funeral services will be held. Mary’s ashes will be interred later at Utah Veterans Memorial Park.

In lieu of flowers, please consider doing a kind deed for someone (or some animal) in Mary’s honor.

To order memorial trees or send flowers to the family in memory of Mary Ann Steffen Murray, please visit our flower store.