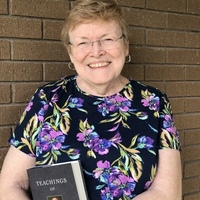 Our much loved mother, grandmother, sister and aunt, Marsha Ann Willson Branca, age 76, passed away on September 3, 2019.  Marsha was born on October 3, 1942 in Pocatello, Idaho, to Phyllis Oviatt and John Eli Ingelstrom.  She was raised in Georgia and South Carolina by her mother and her adoptive father Woodrow Willson.  She married Dennis Lee Hogan, June 24, 1964, in North Augusta, South Carolina, later solemnized in the Salt Lake Temple. They were later divorced. She married Jerry Mal Branca, May 19, 1972.  They were later divorced.

To send a flower arrangement or to plant trees in memory of Marsha Ann Willson Branca, please click here to visit our Sympathy Store.

To order memorial trees or send flowers to the family in memory of Marsha Ann Willson Branca, please visit our flower store.