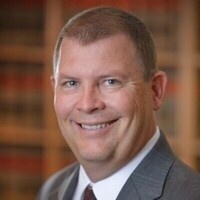 We are devastated by the sudden passing of Mark Arthur Lott, 65, of West Valley City, Utah.  Mark passed away due to heart complications while golfing on Thursday evening, May 27, 2021.

Mark was born to Warren Rees Lott and Frances Mae Robinson in Provo, Utah on January 29, 1956.  He was the second of three children.  He grew up in Orem, Utah and attended Geneva Elementary, Orem Junior High and graduated from Orem High School in 1974.  He developed his love of music in high school as he played the trumpet in jazz band, symphonic band, orchestra, and stage band.

He then attended Brigham Young University, where he enjoyed participating in the Cougar Band.  He later finished his degree with Western Governors University, graduating with a bachelor’s degree in Business Administration in 2019.

Because of his love for the Savior, he served a mission for The Church of Jesus Christ of Latter-day Saints from 1975-1977 in the South Texas, Spanish-Speaking Mission.  He married his high school sweetheart, Lisa Ruth Robinson, in the Manti Temple on September 30, 1977.

Their careers led them to relocate to West Valley City, Utah, where he worked for many different companies before he settled in as a legal administrator.  He has worked for several law firms.  At the time of his death, he worked for the law firm of Eisenberg, Cutt, Kendell, and Olson.  He was preparing to retire.  He was a member of the National Association of Credit Managers (NACM) where he served as a Utah local president as well as national assignments.

Mark’s life was blessed when his only child, David Warren Lott, came into the world on April 15, 1983.  He also was lucky enough to add to his family when his son married Brooke and they had their daughter Sophie.  She was the light of his life.

In his free time, he loved to go golfing with his son and his close friends.  He also had a passion for motorcycling, whether it was a dirt bike or a street bike.  Any trail that looked like it needed exploring, he took it.  He enjoyed it both alone and with friends, especially Dan Miller.  He loved gadgets.  He always had the newest and best electronic.

He loved all types of music.  He could name any artist and any song.  And he made his family enjoy it with him whether they wanted to or not.  He also loved to travel.  He especially loved Disneyland, any place warm with a beach, and any National Park.  Zion’s National Park was his favorite.  He had just started to love cruising when the pandemic hit.  He had a trip planned to Cancun with two close friends that he will have to enjoy from heaven.

He had a deep love for his family and many friends that he cherished.  He always had a story to share and made us laugh.  He loved the Gospel and cherished his callings.  He especially loved his calling as a bishopric counselor in the young single adult ward.  He loved any and all kids.  He was a friend to everyone.  He never judged.  We will miss kindness and his generosity.

It’s 10 am somewhere.  Get out the Dr. Pepper, and keep on riding, Mark.  We will all be together again soon.

He was preceded in death by his parents, Warren and Frances Lott.  He is survived by his wife Lisa; his son David (Brooke) Lott; his granddaughter Sophie Lott; his brother Terry Lott; and sister Karen (Roger) Peterson.  He also left many extended family and dear friends.

To send a flower arrangement or to plant trees in memory of Mark Arthur Lott, please click here to visit our Sympathy Store.

To order memorial trees or send flowers to the family in memory of Mark Arthur Lott, please visit our flower store.