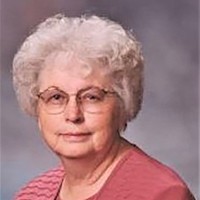 Taylorsville, UT - Marilyn Warner Paskett beloved wife of the late Darrel Paskett, mother, grandmother, and great-grandmother passed away in her home surrounded by loved ones on March 24, 2020 after being on Hospice for one and half months.

Marilyn was born on February 7, 1934 to Wilson Adolph Warner and Eva Leonora Pratt Warner in Heyburn, ID. After graduating from Heyburn High in 1952, she went to work at Quality Bakery with her cousin Margean. They shared an apartment around the corner from the bakery. She also attended flight attendant school until she should have gone to Oklahoma to complete her training and was told she would have to work behind the counter and not on a plane because she wore glasses.

One day Darrel Paskett and his friend drove up to the bakery to ask Marilyn and Doris, her other roommate, out. Darrel was immediately infatuated with Marilyn. The girls planned to share the back seat together, but Darrel, who would later become the love of her life had other ideas and dove in the back seat across Marilyn’s lap to sit beside her. For Darrel it was love at first sight, he never wanted anything more than to marry this woman.

Darrel and Marilyn were married June 1, 1955 in the Idaho Falls Temple and had been married for more than 57 years when he died after a three-and-a-half year battle with Multiple Myeloma. They were and still are eternal sweethearts. Each was not a whole person without the other.

In 1955, Darrel joined the Air Force and they served for twenty years; he as active duty military and she as the ever stalwart, military spouse. It was both a difficult life because of all the moving and an enjoyable life because of all the friends they made and the church callings they held. Her eldest daughter, Deborah, was born at Darrel’s first assignment in Spokane, WA. Darrel K., her only son was born in Heidelberg, Germany, and her youngest daughter, Deanna, was born in Hyannis, MA, the closest base to where they lived in Wellfleet, MA.

Marilyn went to work for Salt Lake Community College (SLCC) in the bookstore after her youngest daughter graduated from high school. She worked there for over thirty years. Prior to that she volunteered at Family Services for the Air Force for many years and at many bases. She enjoyed the volunteer work much more than the paid job.

Marilyn had a strong testimony of the gospel of Jesus Christ of Latter-day Saints. She served in the Relief Society, Young Women, Primary, and at the stake level often holding two or more callings while traveling with the military. Her last calling, which she did for more than eight years, was to write the missionaries from her ward. She wrote each one monthly and would sometimes spend weeks trying to find just the right message to uplift and support them in their missionary efforts. Marilyn and Darrel served five missions together at various church sites in Salt Lake City, when she had to stop for health reasons.

She was preceded in death by her parents, Wilson and Eva Warner; sisters, Laura (Cliff) Ball, Clara Wright; and brothers, Keith (Vila) Warner, Gordon Warner, Alan Warner, and Glenn Warner; as well as two grandchildren and a great-grandchild.

Due to these unusual circumstances of Covid-19, there will be a private viewing and graveside service. A memorial service will be held at a later date to be determined when it is safe to gather together again. Online condolences may be shared at www.mcdougalfuneralhomes.com.

To send a flower arrangement or to plant trees in memory of Marilyn Paskett, please click here to visit our Sympathy Store.

To order memorial trees or send flowers to the family in memory of Marilyn Paskett, please visit our flower store.