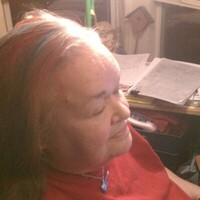 She was born August 4, 1951 to Robert and Norma Galloway in Pocatello, Idaho. She was the third born out of six children, later expanded to seven after her father remarried and had another sister with her stepmother. After graduating from Granger High School, she attended nursing school through Idaho State Vocational-Technical Education. She obtained a Licensed Practical Nursing license and worked for the next forty years diligently and selflessly taking care of those that needed her help.

She met her husband Michael while attending high school and they were later married in the Salt Lake Temple on March 19, 1971. They went on to have five children and unofficially adopted a sixth daughter.

To send a flower arrangement or to plant trees in memory of Marilyn Kay McGinty, please click here to visit our Sympathy Store.

To order memorial trees or send flowers to the family in memory of Marilyn Kay McGinty, please visit our flower store.