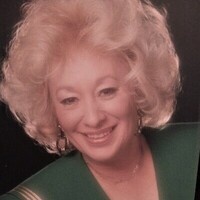 Maria Schwartz was born on September 4, 1941, in a small town La Puente, New Mexico to her parents Jose and Rafelita Ulibarri. Her family were active members of the Catholic Church in their small town where they all had church duties. Her parents decided to move their family from La Puente, New Mexico to Salt Lake City, Utah when her family was young. Once in Salt Lake City, the family all worked together to be the best family to one another. She had one sister, April and two brothers, Junior, and Robert. She was always very close to her family and loved them all with her heart. She attended West High and made many lifelong friends. During High school she worked at a candy shop in downtown Salt Lake. One day she was working, and a tall handsome young man walked in just to talk with her. He later said he fell in love with her that day. That young man was Robert Mikesell. They dated for a while and eventually married. They later had a son Robert (Skeeter) Mikesell then a few years later they had their baby girl Leslie Marie Mikesell.

Maria had an amazing relationship with Roberts parents, especially his mother Roberta. Roberta was a beautician out of her shed on 5th south. That’s where she later taught Maria to be the amazing beautician that she was. Years later, they moved their shop (Westside

Beauty Shop) to 800 S. 900 W. They both had many weekly clients/friends that they took care of while making several memories and always laughing together. Maria and Robert were creating an amazing life together with their two children.

They moved into a beautiful home in Holladay, where they raised show horses and their kids would show them in events. They also had a swimming pool and many sports cars. Maria lost both of her parents, brother, and sister way too early in life and that was extremely hard on her. Her daughter Leslie later had their first grandson Joshua. Maria and Robert were both so happy. Leslie eventually had two more boys, Justin, and Jeremy. Marias’s son Skeeter gave them their first granddaughter Brittany and later Danielle and last their last grandson Joey.

Maria and Robert later divorced and she was devastated but manage to stay strong for her kids and grandkids. For many years, she helped raise many of her grandkids with Roberta’s help at the apartment above the beauty shop. Maria eventually found new love many years later when she met George Schwartz. He adored her and took her and her family in as his own. Maria was always so close to her nieces and nephews and tried to keep all the family close with the loving help of her brother Robert. She loved all her nieces and nephews very much.

Maria’s life started to get hard with all the tragic passing’s of the ones so close to her. Her best friend and business partner Roberta, her husband George, and later her son Robert. She never seemed like she was ever the same since then. Through all these tragic life events, she still helped raise many of her grandchildren and keep her family close. I want you all to know how much she truly loved each one of you.

On January 13, 2022, Maria lost her fight with COVID-19 when she was 80 years old. She is preceded in death by many, but a few to mention are her husband, George; her parents, Jose and Rafelita; brother Junior; sister April; son Robert “Skeeter”; nephew Rodney; nieces Ramona, and Cynthia.

To order memorial trees or send flowers to the family in memory of Maria Elviria Schwartz, please visit our flower store.