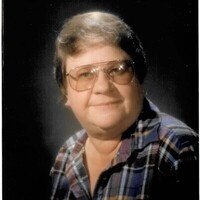 Lynne was born on November 14, 1945 to John Curtis (Jack) Rasband and Margaret Eloise Clyde Rasband in Heber City, Utah. She attended and graduated in 1964 from Wasatch High School in Heber City. Lynne received her Associates Degree in Accounting from Salt Lake Community College and worked in that field, her last job being at the Newspaper Agency. She retired in 2007 after having open heart surgery.

Despite her heart condition, Lynne had the warmest and biggest heart. She gave her all to all of us and we will miss her contagious laugh and twinkling blue eyes. Although she never had any children of her own, she raised two beautiful girls, Lyn Bunyard and Lori Johnson. She also was an amazing example of unconditional love to her nieces and nephew.  Lynne was always generous with her time and gave tirelessly to others, whenever and to whomever needed it. Her family felt her love and devotion every single day. They will miss her presence even more.

Her nieces Tiffany, Melinda and Stephanie will hold dear the memories of making pecan rolls every year for the holidays.  Nothing will replace those warm hugs, laughter and stories that were shared during those time.

Lynne had an incredible love for animals, especially horses and always owned a barn full! Whether it was horses, goats, emus, chickens, geese, cats, or dogs, all animals were welcome at her home.

And last, but certainly not least, Lynne leaves behind her dearly beloved lifelong friend, June Christiansen. The two were best friends and did everything together; traveling to Hawaii and Canada to the Calgary Stampede. The two of them built a beautiful home together in West Jordan and lived a simple, yet loving life together planting beautiful gardens, raising their animals, and spending time with their family and friends. Family was the most important thing in Lynne’s life. Her legacy will live on with those she leaves behind. She will be missed and loved forever.

Funeral services will be held on Monday, July 12, 2021, 11:00 a.m., at The Church of Jesus Christ of Latter-day Saints, 8137 South Echo View Drive, West Jordan, Utah, where a viewing will precede services from 9:30-10:45 a.m.  Interment, Heber City Cemetery. Arrangements under the direction of McDougal Funeral Home.

To send a flower arrangement or to plant trees in memory of Lynne Rasband, please click here to visit our Sympathy Store.

To order memorial trees or send flowers to the family in memory of Lynne Rasband, please visit our flower store.