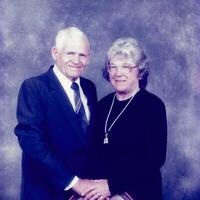 Lucille married George Randolph Gillette Jr. January 21, 1951, in Butte, Montana; during this marriage two sons were born in Livingston, Montana, George Randolph (Raeann) Gillette III and Darwin Albert (Annette) Gillette. Lucille and George later divorced. As a single mother Lucille moved to Logan, Utah along with other family members and worked to support herself and her children at Utah State University as a secretary. Lucille later moved to Salt Lake City, working as a secretary for the 3M Company in Midvale and as a secretary for ten years to the Committee on Expenditures for The Church of Jesus Christ of Latter-day Saints.

Lucille sold her home in Murray, Utah excited to be starting a new life with Ivan. Their home was located in Granger (West Valley City) Utah where Ivan owned and operated Ivan Jones Heating and Air Conditioning. They enjoyed hosting family gatherings at their home, traveling, camping and being together, spending many winter months living near family in Maricopa, Arizona. On June 6, 2019 they celebrated their 50th Wedding Anniversary. They were blessed to visit and see many parts of the World during their 51 plus years together.

Lucille was preceded in death by her loving husband Ivan L. Jones Sr. and many close and extended family members.

We as a Family wish to thank and express our gratitude, appreciation and love to all those who have helped care for Ivan and Lucille in their home, along with the Health Care workers and staff at Harmony Hills Assisted Care Center in Lehi, Utah for their exceptional concern, care and love shown to Lucille since the passing of Ivan in 2020.

To order memorial trees or send flowers to the family in memory of Lucille Georgia Gillette Jones, please visit our flower store.