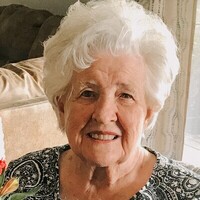 Lorna Snarr Miles, beloved wife, mother, grandmother, great and great-great-grandmother, aunt, and cousin passed away in Orem, Utah on Thursday, December 3, 2020, peacefully in her sleep. She was 92 years old.

Lorna was born at her home on April 3, 1928 in Murray, Utah to LaVerne Maria Sharp and Vere Snarr. Her childhood was a very happy one. Her house was located just off State Street, so it was easy to catch the city bus. She has happy memories of her younger years when she and her mother would travel on the bus to Salt Lake City to shop for a new dress or shoes, followed by a roast beef sandwich and root beer at Kress’ 5 and 10 Cent Store, and then to a movie. Lorna’s love for movies on the big screen began at this young age. Lorna had two older brothers, LaVere and Cleo, but she was the only daughter in her family. She begged her mother for a sister, but that didn’t happen. However, in her teenage years, her two cousins, Delores and Lucille, who were having problems at home, moved in with Lorna’s family.  Now she had sisters she had longed for.

Her first paying job as a teenager was during the summer months working as a housekeeper and cooking breakfast for the family. During her high school years, she worked the weekends at Earl’s Restaurant as a soda jerk, first washing dishes and then as a cook. She had a great time flipping burgers. After graduating from Jordan High School, she worked in the Bookkeeping Department of Western Union in Salt Lake City. She developed a love for bookkeeping and later in her life she worked part-time as a bookkeeper/secretary for a construction company. She also worked for 10 years at the Taylorsville-Bennion Improvement District and loved working with her co-workers but quit to serve a mission with her husband.

She met her sweetheart, John Paul Miles, at a ballroom in Salt Lake City, the Coconut Grove. At that time, it was the largest ballroom in the United States. J.P., who was from Duchesne County, thought she was a “country girl” and took a great interest in her. After turning down two other marriage proposals, Lorna accepted his and they were married and sealed for eternity in the Salt Lake LDS Temple on December 20, 1946. After they’d been married a few years, however, he found out she was really a “city girl”. Nonetheless, the “country boy” and the “city girl” remained happily married for 58 years until his passing.

Lorna made each one of her five children feel loved and valued. She taught them to be obedient by having “time out” before time out was popular. She wanted them to develop musical skills, so she traded laundry and ironing for piano lessons. She instilled in her children a love for the gospel and for our Savior, Jesus Christ.

Lorna was athletic and very competitive. She loved playing basketball at Jordan High School. She bowled on a league for years and loved to play golf. She would play card and board games any chance she had. She and J.P. had a fun group of friends who would meet each month for dinner and game playing. She loved to play (and win) Dominoes. She was tech savvy into her 80’s, typing her personal history on her computer and writing and printing emails and pictures.

Lorna enjoyed many hobbies; gardening, reading, journaling, genealogy, photo books, and boating, but her greatest interest was her family. It has been said, “A mother’s love is essential; the love of a grandmother is a gift.” Her grandchildren and great-grandchildren adored her. She taught them the importance of family. She never missed a birthday. She sacrificed so her extended family could go on fun outings together, especially extraordinary Lake Powell trips. She swam with the grandkids in her big round pool and made sure they had horse rides in the pasture. There were amazing Easter egg hunts at Murray Park including Kentucky Fried Chicken and bunny cakes, a Santa at Christmastime, boating trips and camping in her trailer & motor home, ice cream sundaes in fancy dishes, lots of popsicles, Disney movies on the “big screen” and fun games of pool. She sacrificed to ensure each grandchild who married received a special gift. She kept a record/photo album of each of her grandchildren.

Lorna took the time to demonstrate service. She served her community in the Lion’s Club, her church in the Jordan River Temple, in many various callings in her ward and stake, and served two Missions for The Church of Jesus Christ of Latter-day Saints with her husband, one in Brisbane, Australia, where they served in Papua New Guinea; and one in the Atlanta Temple. She served her family continuously.

Lorna was the perfect example of one who’s heart was full of gratitude. She was as grateful for a small bite of ice cream as she was for a comfortable home. She will be remembered as one who often said, “thank you, thank you, thank you.” She epitomized the joy of a life lived well and will be dearly missed.

A special thanks to Beehive Homes of South Jordan and A+ Hospice for their loving and compassionate care of Mom.

A family funeral service will be held on Saturday, December 12th, at 11:00 am, preceded by a family viewing at 10:00 am, both at McDougal Funeral Home. The services will be livestreamed and can be viewed at: https://vimeo.com/487027284. Interment, Murray City Cemetery.

To send a flower arrangement or to plant trees in memory of Lorna Snarr Miles, please click here to visit our Sympathy Store.

To order memorial trees or send flowers to the family in memory of Lorna Snarr Miles, please visit our flower store.