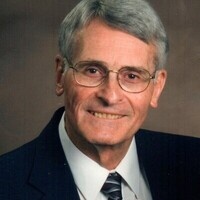 Lloyd Foster McDermott, 85, a man of unwavering faith in his Heavenly Father and deep devotion to his family, stepped into the embrace of his departed loved ones on New Year’s Day.

He was born May 12, 1936, the youngest child of seven to Henry Lucas and Clara Peterson McDermott. He grew up in their loving home blessed with the attentive protection of his three sisters and three brothers. Many nieces and nephews called him “Uncle Lloyd”. He watched over and played with them like a big brother.

He met his eternal sweetheart Cherie Lee Dyer at West High School where they both were active in student government. They married in the Salt Lake Temple on January 3, 1956 and lived happily together for nearly sixty-six years. Lloyd and Cherie taught their children through word and example to work hard, pray often and serve others.

Lloyd graduated from the University of Utah where he competed in track and field, excelling in discus. He was a lifelong Ute fan. He worked as a Certified Public Accountant for many years, spending most as treasurer of Cambelt International Corporation.

Lloyd was an active and faithful member of The Church of Jesus Christ of Latter-day Saints. Whether serving as Bishop or supervisor of the wardhouse cleaning crew, he was diligent and dedicated, often putting in extra hours to make sure the job was well done. Perhaps one of his most rewarding callings was serving a mission with Cherie at the Family History Library.

Lloyd loved Christmas, church basketball, and especially visits with his family, always rewarding them with infinite flavors of his favorite ice cream. The Christmas season was a beloved time of year. He loved to sing the carols all year round. His last days were filled with the beautiful sounds of Christmas.

He was preceded in death by his parents; his siblings and their spouses: Leland (Norma), Marie (Harvey) Carlson, Naomi, Bill (Lorraine), Betty Mae Blair, and sister-in-law Mary Ann McDermott.

Online broadcast can be viewed by searching Meadow Heights Ward on YouTube or browsing to this link https://www.youtube.com/watch?v=AJB6NG19l9E.

The McDermott family sincerely thanks the nurses and aides at CNS Hospice and Legacy Village, who gave Lloyd compassionate care during his final months.

To order memorial trees or send flowers to the family in memory of Lloyd Foster McDermott, please visit our flower store.