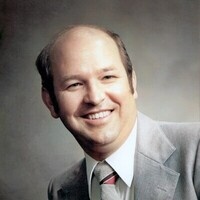 Rodger Llewelyn, 76 passed away peacefully in his sleep on Tuesday October 12, 2021.

Rodger was born to Wallace Isaiah and Nora Elizabeth Mower Llewelyn on April 15, 1945, in the small mining town of Standardville, Carbon County, Utah.   He was the fourth and last boy in the family, and he grew up as a fierce protector of his little sister, Joan.   He spent his youth living in many of the small communities of Carbon County including Royal, Carbonville, and Spring Glen.   All of his children grew up listening to stories about the youthful exploits of he and his brothers, their baseball victories, and racing cars.

Rodger graduated from Carbon High School in 1963 and then continued his education at the College of Eastern Utah.   He spent the majority of his life working in various careers, sometimes working up to three jobs at one time.  He was a Real Estate Agent, an Inventory Control Specialist for Associated Food Stores, a manager of a restaurant, and worked in various retail sales positions.

Rodger married Audree Smith in 1978 and together they had three children, Tyler, David, and Dori.

Rodger spent countless hours working in his yard and on the house.  He took great pride in having a beautifully landscaped yard.  He also had a very large garden every summer that produced huge amounts of vegetables that he would happily share with family, friends, his neighborhood, co-workers, and occasionally, people that he had just met.  He would spend days putting up Christmas lights every year; I am pretty certain in the late 1980s and early 1990s, you could see the glow of those Christmas lights from space!

Rodger loved to help his neighbors.  He was always one of the first to show up on the doorstep to welcome someone to the neighborhood and ask if they needed help with anything.  There were times that some people may have though that he was a bit gruff, but underneath that thin shell he really was all heart!  Roger was not a man of great monetary wealth, but he was willing to give everything he had to help a friend or family member in need.

He was preceded in death by two sons, Tyler, and David; one grandson, Adrian; one granddaughter, Brette; his parents, Wallace and Nora; brother, George; and sister, Joan Tidwell.

To send a flower arrangement or to plant trees in memory of Rodger Llewelyn, please click here to visit our Sympathy Store.

To order memorial trees or send flowers to the family in memory of Rodger Llewelyn, please visit our flower store.