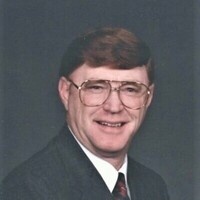 Lawrence Lee (Larry) Burton was born July 5, 1941, to Robert R. and Edith Jensen Burton in Kenilworth, Carbon County, Utah. He lived there until age 10, when his family moved to Salt Lake City. Eventually they moved into the 28th ward where Larry made lifelong friends and met his future sweetheart, Sheryl. He attended Jackson Jr. High and West High. In 1960, he served a mission for The Church of Jesus Christ of Latter-day Saints in Australia. Upon returning, he married Sheryl Evans, in the Manti Temple. They had 2 children, Suzanne and Kent. He graduated from the University of Utah and later received a master’s degree from Brigham Young University.

Larry was a gifted and talented history teacher who loved teaching Jr. High students. He taught at West Lake Jr. High in West Valley City for 20 years and spent the remaining 13 years of his career at Jefferson Jr. High in Kearns.  He was awarded the Granite School District Excel Award and the Huntsman Teaching in Excellence award. He chaired the Academic Games team and after retirement, was a Teacher Mentor for Granite School District. He helped thousands of students develop a love for American History. He served in many callings in the Church. He served as a Home Teacher, Gospel Doctrine teacher, Bishop and Stake Patriarch. He and Sheryl served a service mission in a Federal halfway house.

A viewing for Larry will be held at McDougal Funeral Home, 4330 S Redwood Road, Taylorsville, Utah on Tuesday, March 30th from 6-8pm. On Wednesday, March 31st there will be a viewing from 12:00-1:15pm followed by the funeral at 1:30pm at the Ridgeland Ward building, 4251 South 4800 West, West Valley City, Utah. Interment, Valley View Memorial Park.

To send a flower arrangement or to plant trees in memory of Larry Burton, please click here to visit our Sympathy Store.

To order memorial trees or send flowers to the family in memory of Larry Burton, please visit our flower store.