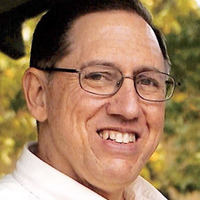 On October 14, 2019, Larry Cleve Albiston, 69, returned to his Heavenly Father after he suffered from Alzheimer’s for the past ten years. He is now at rest and has a clear mind once again.

Larry was born June 13, 1950 to George Cleve and Lois Jean McFarland Albiston in Ogden, Utah.  He valiantly served in the United States Army for two years during the Vietnam War. Upon returning, he was called to serve a two-year mission in Australia.  Larry spoke of this time of service, both to his country and to his beliefs, as an amazing part of his life.  While in Australia, he met the Beavis family, who he loved and cherished over the years. Larry was an active member of The Church of Jesus Christ of Latter- day Saints and served wherever he was called. He knew and loved his Savior and strived to be like Him by loving and serving others.

Larry married the love of his life, Becky Smedley Albiston, on September 5, 1974 in the Salt Lake Temple.  Those who knew them could see the love in his eyes for his beautiful Becky. Even through the clouds and darkness of his disease, he could be calmed with her presence. Larry and Becky brought six amazing children into the world whom he loved dearly. Over the years, his family grew to include 21 beautiful grandchildren who Larry loved beyond measure. His goal was always to make those around him smile and laugh.

Children were a special part of Larry’s life. His career for 34 years as an X-ray technician became all the more fulfilling to him when he began working at Primary Children’s Medical Center.  Caring for and helping kids gave Larry a purpose in which he excelled.  Many families with children in the hospital for long periods of time would request Larry to do their X-rays because of his gentle manner and his sincere love for every single child.

We would like to thank the amazing staff at the George E. Wahlen Veterans Home in Ogden, Utah for loving and caring for our sweet dad. We would also like to thank Bristol Hospice for all they did in his final days.  Our family has been blessed by his loving example.  We know Dad will be watching over us, always.

To send a flower arrangement or to plant trees in memory of Larry Cleve Albiston, please click here to visit our Sympathy Store.

To order memorial trees or send flowers to the family in memory of Larry Cleve Albiston, please visit our flower store.