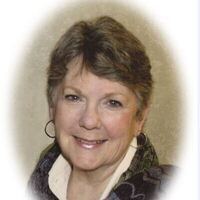 In the midst of World War II, on October 26, 1943, in Athens, Georgia, a young pilot for the US Navy, David Robert Brown, and his wife Elizabeth Sorbonne Brown had their first child. The baby girl was named Elizabeth Kristina Brown and was known throughout her life as Kristina or Kristi.

During the war and afterward, Kristina's family moved from place to place, and grew in size as brothers and sisters were born. After the war, her father went to school to become a dentist, and when Kristina was eight years old the family moved from California to settle down in the Salt Lake Valley. They spent about 7 years in the East Millcreek area, and then when Kristina was 15, her family moved to a home her father designed on the foothills of the Wasatch Front. There Kristina spent the rest of her teenage years, and her parents spent the rest of their lives.

Kristina graduated from Olympus High School in 1962, and then attended the University of Utah, where she participated in the LDS Lambda Delta Sigma sorority, while taking courses in art, interior design, and homemaking. While in college, she met her lifetime sweetheart, Warren Dansie, and on December 16, 1965, they were married in the Salt Lake Temple, and she became Kristina Brown Dansie.

Kristina stopped her university studies, but continued her lifelong pursuits of art, interior design, and homemaking, beginning with her own home, and branching out in professional and volunteer capacities for the rest of her life. Her creative spirit and keen eye for beauty resulted in numerous watercolor creations which she sold at art shows and commercially, and also used to adorn her own home and the homes of her children. She created interior décor and performed interior design for local businesses and many individuals--sometimes for profit but often just out of love--and even created décor for temples of The Church of Jesus Christ of Latter-day Saints. She planned and coordinated many beautiful weddings--some for individuals who could pay and some for individuals who could not. Throughout her life, she had a knack for finding people who were in need and doing whatever she could to put her talents to use, in order to help them.

Kristina faithfully served in The Church of Jesus Christ of Latter-day Saints, in various callings throughout her life. She and Warren also served two missions together as senior missionaries for the Church, first in the South Pacific, for the Family History Department, and then in their home stake, in West Valley City, Utah, in a proselyting capacity.

Kristina was a loving and caring mother to nine rambunctious children and was a true disciple of Jesus Christ.

On January 29, 2022, at age 78, she suffered a sudden stroke and left her earthly body behind, to return home to her Savior.

Kristina is preceded in death by her parents; her brother Bob (Suzie) Brown;, and two of her sons, Benjamin and Hyrum Dansie.

Funeral is also viewable via the following link at Noon (MST) February 4th:

To order memorial trees or send flowers to the family in memory of Kristina Dansie, please visit our flower store.