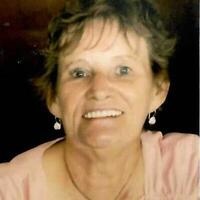 Jo Klarene Gibson Ciraulo passed away on Tuesday, November 30, 2021 due to a long illness and complications due to a prior stroke and other medical problems.

Jo Klarene was born May 24, 1944 in Pocatello, Idaho to Edgar Clarence and Nettie Luella Wilkins Gibson. She was one in a family of 12 children. Klarene attended Pocatello High School She entered a first marriage after High School to Ronald G Preece and had two sons and two daughters and on May 7, 1974, the marriage was ended.

She then moved to West Valley City and soon after met her second and future husband, Ben R. Ciraulo. After moving to Utah, she attended Salt Lake City College and majored in Bookkeeping and Accounting. She was then hired by a local automotive parts distribution company as an office clerk and then was promoted to office manager until the company closed its doors. Klarene then worked for various local companies doing bookkeeping and accounting work.

In 1998 Ben’s father became seriously ill and Ben and Klarene moved to California to help with funeral arrangements for his father and ended up staying there so that they could help take care of Ben’s mother. After Ben’s mother’s death in 2008, they returned to Utah.

To send a flower arrangement or to plant trees in memory of Klarene Ciraulo, please click here to visit our Sympathy Store.

To order memorial trees or send flowers to the family in memory of Klarene Ciraulo, please visit our flower store.