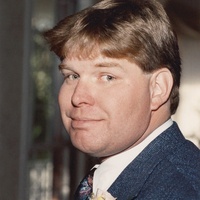 Kevin had a passion for all things mechanical from an early age. He had a love for technology, model planes, music, and art. Throughout his life he had a vision of a better world and was inspired by things such as Star Trek, Star Wars, and Harry Potter. He spent his childhood years in Orlando, Florida. At age 14 his family moved to Utah where he attended Taylorsville Highschool.

Kevin became a mechanical engineer in the Navy as a Gunner’s Mate, which required a high level of math skills, mechanical knowledge as well as electrical and general science.

Kevin became an Electro mechanic at the Utah Transit Authority where he was responsible for repairing and maintaining  the TRAX trains. He was part of a special group that responded to critical problems including major accidents.

He was extremely skilled as a problem solver. He was a great leader and mentor. He really cared about people and wanted everyone to succeed. He was widely known as someone who wanted people to be happy. He excelled at solving problems and would do anything for anyone. He especially loved his animals with all his heart and was a caretaker of kitties, countless fish and several dogs. They are always with him, even to the end.

He was married to Leslie for 20 years and they remain close friends. He was considered a father to Leslie’s children, Cody and Allison.

Kevin is survived by Kory, best friend and brother and brother Kyle (Jaime); and sisters Kathleen (William), Krista (Will), Karrie (Gabe), Kimberly (Aron). He also had many nieces and nephews he loved.

He is preceded in death by his grandparents Christian & Dorothea Teuscher and James & Ruth Jones; and last but certainly not least his beloved dogs Zazu and Jasper who are with him.

Family and friends are invited to attend funeral services Thursday, August 5, 2021, 9:30 a.m. at McDougal Funeral Home, 4330 South Redwood Road, where a gathering will be held prior to services from 8:20-9:15 a.m. Interment, Utah Veterans Memorial Park.

To send a flower arrangement or to plant trees in memory of Kevin Christian Teuscher, please click here to visit our Sympathy Store.

To order memorial trees or send flowers to the family in memory of Kevin Christian Teuscher, please visit our flower store.