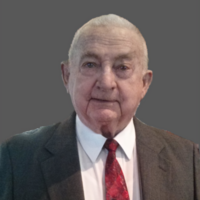 Kent Smith Broadhead was born June 29, 1931 in Rupert Idaho to Spencer and Jocie Broadhead. He passed away peacefully in his home on April 15, 2022 of natural causes. He was the third oldest of four children: Stirling, Don, and John. He was raised in Rupert, Idaho and Provo, Utah and graduated from Brigham Young University High School. He enlisted in the United States Army in 1950 and was honorably discharged in 1952 after serving as an engineer and artillery spotter in the Korean War. Upon his return he enrolled at BYU, later transferring to finish his BS in Civil Engineering at the University of Utah.

He began his career with the Salt Lake City Street Department, later moving to Salt Lake County and finishing his career as the chief field engineer. Not being one to sit still, he began a second career working for American Express and Fidelity Investments.

Kent was an active member of The Church of Jesus Christ of Latter-day Saints. He and Betty served in many capacities including the Scouting program. A highlight for them was serving in the Singapore Mission, primarily in East Malaysia, from February 1999-July 2000.  He also served as a stake high counselor and ward executive secretary while living in the Jordan 4th ward. For many years he was a faithful home teacher and minister.

Even though Dad was a frugal man after growing up during the Great Depression, he was very generous and quietly donated to those when he saw a need.  He instilled values in all those he came in contact with and will leave a remarkable legacy behind.  You couldn’t leave his house without enjoying a handful of Reece’s peanut butter cups and a cold soda.  He greatly enjoyed giving tomatoes every year to friends and ward members from the garden he and his children and grandchildren worked.

Dad had many cherished visits and spent time with those he loved during his later years in life.  He was always up for a trip to Chuck-A-Rama for a bowl of soup, Burger King for a Whopper, Denny’s for syrup with a side of pancake, or simply spending time with friends playing cribbage or enjoying a good Jazz game.  He had an incredibly analytical mind and challenged his grandkids to think through their math homework, even pulling out his slide rule to teach them the why behind solving a problem.  He enjoyed working on his computer and was amazed at the things his grandkids could find and tell him about on their “machines.”

Interment will be at the Provo City Cemetery, 610 S State St, Provo, Utah.

In lieu of flowers, the family suggests donations may be made to the Huntington’s Disease Society of America-Utah Chapter, Perpetual Education Fund or a charity of your choice.  For those who are unable to attend physically may view funeral services viturally at this zoom link. Webinar ID: 922 0270 5283 https://zoom.us/j/92202705283

To order memorial trees or send flowers to the family in memory of Kent Smith Broadhead, please visit our flower store.