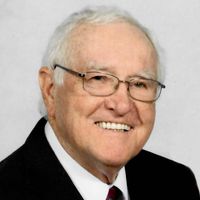 Keith married his wife VaLora Jones in July 1963 in Australia (later solemnized in the Salt Lake Temple). Keith and VaLora settled in Hunter, Utah shortly after.

Keith served on the Developmental Disabled Council for several years, improving services for handicapped people. Keith’s son David is profoundly handicapped and he, as well as all handicapped people have benefited greatly from all his efforts while serving in this capacity.

Keith enjoyed running, playing Aussie rules football and golf. As he aged and could no longer participate in these activities, he enjoyed watching golf, the Utah Jazz, Australian rules football, Cricket and Horse Racing.

He was preceded in death by his parents; his in-laws; brothers in law; sisters in law; and niece.

To send a flower arrangement or to plant trees in memory of Keith Cameron Macmillan, please click here to visit our Sympathy Store.

To order memorial trees or send flowers to the family in memory of Keith Cameron Macmillan, please visit our flower store.