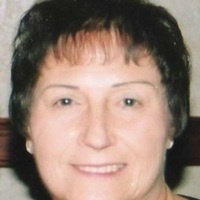 Kathleen Seely Whites Spurr passed away peacefully in her home on Saturday May 7, 2022 at the age of 75.  She was born in Price, Utah to Elvin Anthony Seely and Edna Maragret Rowley.  She was proud to be an identical twin to SuzAnne Seely McOmie (who passed away 7 months prior).  They were inseparable throughout their lives, even when they lived states away, they were on phone calls together or making plans to visit each other.  They also had a younger brother, Douglas Seely.

They attended grade school and junior high in Cedar City and later moved to Lander, Wyoming for high school.  She later moved to Salt Lake City to attend beauty school.  SuzAnne introduced her to Kenneth Lee Whites, whom she married in the Salt Lake City Temple of The Church of Jesus Christ of Latter-day Saints and raised a family of 6 with.  They moved to Agoura Hills, California (her favorite place to live, just minutes from Malibu beach) and later to Bartlesville, Oklahoma before returning to Utah to settle in West Jordan, where she lived the rest of her life.  She became a widow at the early age of 46 and continued raising her youngest kids as a single mother.  She later rekindled her friendship with "the Canadian" Richard Douglas Spurr, which quickly turned into a romance.  They married in September of 2007, in Canada, planning to travel back and forth between the countries.  A short 3 months after her new happy marriage, "through sickness and in health" came to play.  Kathleen had suffered a brain injury, of which she never fully recovered from.  She was able to relearn how to walk and talk again thankfully, but the independent Mom that we all once knew, was now needing more help than one person can handle.  They decided to move back to West Jordan, where they were able to be close to her family and get more help.  She overcame many difficulties in life, being a survivor of breast cancer, and a long roller coaster of Kidney failure, of which eventually claimed her life.

Through all her trials and triumphs, she enjoyed life.  She had a love for animals, especially cats.  She loved going out to eat and to the movies.  She loved camping and especially going to the beach.  She loved arts and crafts and hand painted many ceramics, everything from mugs to porcelain dolls.  When she wasn't decorating dolls, she dressed her daughter up, or later her granddaughter.  She had many titles throughout her life: soccer mom, karate mom, dance mom, seamstress and so on.  Being a Mother and raising her family, she felt was her biggest accomplishment.  She was a proud Mom and homemaker for a lot of her life.  She started working at Cottonwood Hospital in 1986 when they moved back to Utah. She had many different roles there throughout the years as head of housekeeping, Cafeteria worker, and lastly Snack Shop.  She loved the friends she made throughout the years there.  After retiring she returned to the beauty industry and worked at Sally’s in her later years.

Preceded in death by her husband, Kenneth Lee Whites; her twin SuzAnne McOmie; her stepson Steven Spurr; and her nephew John Mcomie.

To order memorial trees or send flowers to the family in memory of Kathleen Seely Whites Spurr, please visit our flower store.