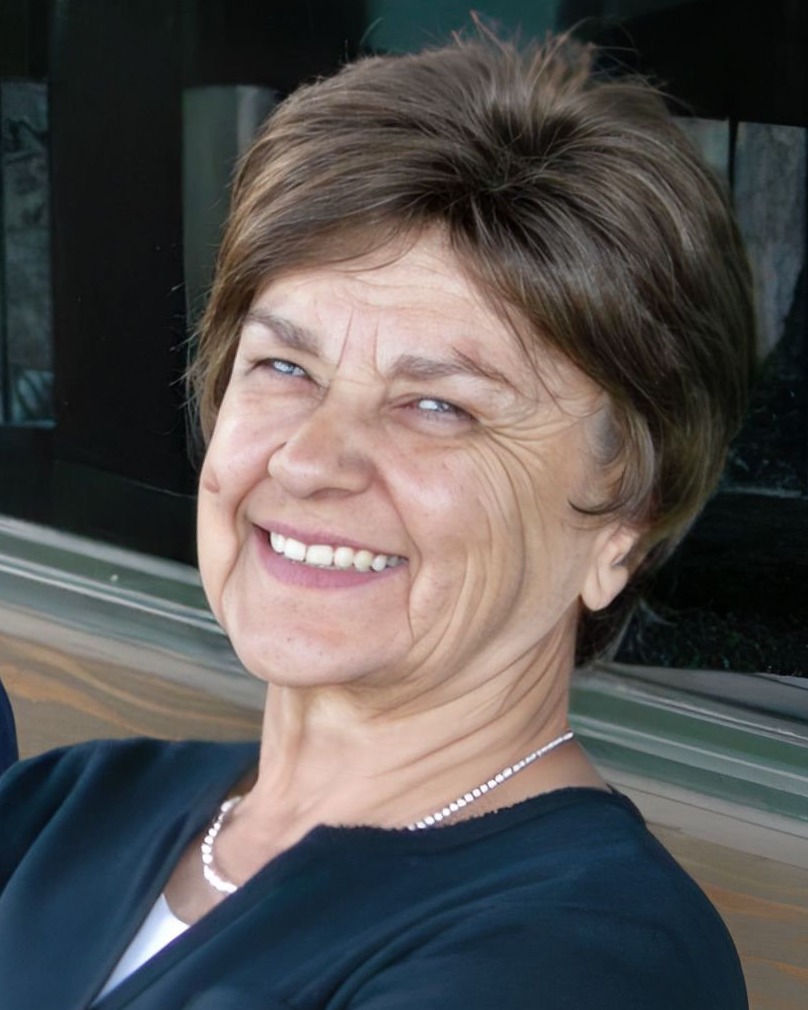 Katherine Georgia Frkovich DeBry, passed away peacefully early Monday morning September 12, 2022, just one and half months following the death of her husband.  Grandma Katherine was the most genuine, devoted, humble, hard-working, and Christlike person to those who had the gift of knowing her.  She was born May 13, 1935, in Bingham Canyon, Utah, to Mary Yengich and George Frkovich.  She grew up in a bilingual home speaking Croatian and English. She attended Midvale Elementary, Midvale Jr. High where she was a cheerleader, and graduated from Jordan High School. She spoke of celebrations with cousins and family sharing cultural music and singing along with all the preparations associated from her cultural heritage including the traditional grape stomping for her father’s family wine.

At the tender age of 8, her mother passed away and she took on the care and responsibilities of that role looking out for her younger brother aged 2.  Growing up with her younger brother in tow she called him her "little shadow."  She adored her younger brother Georgie but was often tasked with adult responsibilities a child should not have been responsible for. She learned love and was cared for herself by two special Aunts she lovingly spoke of Helen Yengich Radavich and Rose Yengich Mirandi. Grandma had from an early age a feeling of greater responsibility toward the care of her brother which meant she provided for his basic needs spending her own money on the things her brother required.  Grandma’s dedication never ceased toward the ones she loved; and-even into her eighties she was always doing her best to serve and support.

She met and was courted by Charles "Bud" Lyle DeBry as he served in the military during and after the Korean War. They exchanged letters and dated during his visits home. They married on February 23, 1957, and later were sealed in the Salt Lake City Temple in 1984.

As a dedicated mother she was the super fan cheering her sons’ sporting ambitions on sometimes watching two games at once.  Her dedication to her boys' activities carried on with her grandchildren attending as many events as possible. Football games, baseball games, pageants, plays, recitals, dance competitions: Grandma was always there.

Grandma worked for Safeway for 25 years. She made friends with colleagues and customers alike. Everyone knew "Kathy from Safeway." When Safeway was downsized, she enrolled in Salt Lake Community College to learn computers and office skills to later take a job with Deseret First Credit Union until retirement. Grandma's resilience and work ethic were hallmarks of her character.

Grandma unintentionally taught all of her grandchildren some mild cuss words and it was evident which one was her favorite.  In spite of attempting to not say it sometimes her grandchildren would share a bar of soap with her.  Grandma had the best sense of humor.  She leaned into teasing, our jokes and fun, never ceasing to surprise with her dry wit.

Grandma was an accomplished cook and shared the recipes from her Croatian heritage.  She also perfected the Ukrainian recipes of her mother-in-law and passed them down for her posterity, neighbors, and friends to enjoy.   Christmas and Thanksgiving were special where we learned that heaven smells like strudel, brussels sprouts, and sauerkraut or saurmas.

Grandma made each grandkid feel special and conveying to them how "they" were her favorite.....but the secret was eventually spilled.  She sent hundreds of individual hand-written birthday and holiday cards to her children and grandchildren. Grandma had epic Easter egg hunts with special baskets for every grandchild, and of course she planned magical Christmas mornings are a few of our treasured memories. When her daughter-in-law requested that she cut back on gifts at Christmas, her smiling reply was, "I'll do what I can when I can, and you'll just have to accept that!"

Grandma played "Mother May I", red light-green light, checkers, Hot Wheels, and other games for hours on the floor with her grandkids. Swinging on the back porch on summer days is a favorite memory.  Grandma would tirelessly pitch and chase baseballs with us never complaining once.   Her humility showed as she wanted to know everything about you rather than sharing about herself.  She had a way of looking you straight in the eyes with true sense of sincerity, you knew you were loved.

Grandmas service was evident as she meticulously cared for her parents' and baby brother's graves; or her sewing projects where she sewed and donated countless blankets for the Hopis' on the reservation, homeless shelters, and hospitals. She also spent years dedicated to genealogy and visited the Family History Library in Salt Lake City to complete records for her family in Croatia.

While surviving multiple heart surgeries, Cancer, Diabetes, and other serious health issues she finally faced the debilitating Alzheimer's and Dementia. Grandma spent her last few years under the tender care of her sons Larry and Mike DeBry, Janice Hundley and Rosie Cantin, along with many friends and neighbors. We are grateful for the time spent and love shown to grandma.

To order memorial trees or send flowers to the family in memory of Katherine DeBry, please visit our flower store.