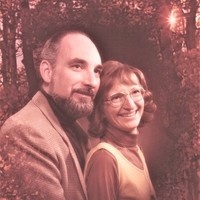 Lester Stanley Liebschutz, 84 returned to his Heavenly Father on 15 January 2020 in Millcreek, UT. Lester was born in Chicago, Illinois. He was raised by loving parents, Sylvan and Marie Liebschutz. He attended military school in Chicago as a young man. At age 21 he was baptized a member of The Church of Jesus Christ of Latter-day Saints and a year later served as a missionary in the California Mission. He welcomed five daughters into the world, Lori and Cynthia, (daughters of Mary Bragg), Jean, (daughter of Beverley Dudley), and Kaerli, and Ruth (daughters of Karleen Liebschutz).

Lester worked many jobs, including as a police officer in Provo and building racecar engines, but he ultimately made a career out of mechanics. He had an excellent memory for automotives. He loved cars, particularly vintage cars, and could remember all the specifications of almost any make and model.

In his younger years, Lester enjoyed hunting and fishing. He also enjoyed shooting and knew many facts about firearms. Lester loved to tell stories and share his knowledge and expertise with any and all around him. He also loved to listen to news and talk shows on his radio, particularly “Car Talk” and “Wait, Wait, Don’t Tell Me.”

Karleen Balle Liebschutz, 78 passed peacefully to her heavenly home to be with her eternal companion early on 12 February 2020. She was born  in Richfield, Utah to Harry Reed Sr. and Berniece Hacking Balle. She was raised in South Eastern Utah and attended College of Eastern Utah and Utah State University where she majored in English and Zoology.

Karleen and Lester met in Salt Lake City and were married in Idaho 4 March 1977. They were later sealed in the Salt Lake Temple, 22 August 1987. The Church of Jesus Christ of Latter-day Saints and their faith was an important part of their lives and they served in many callings and positions.

Karleen was a voracious reader and read anything and everything in her possession. She particularly loved books by Dick King-Smith such as Harry’s Mad and the Sophie books. She had a sharp mind and quick wit.

She was a fierce advocate for her family and their needs and worked tirelessly in her role as homemaker. She volunteered and later worked many years at Washington and Escalante Elementary Schools in Salt Lake City in various aid positions. She was able to bless many children’s and adult’s lives there.

Lester and Karleen will be missed during this interlude before the resurrection.

To send a flower arrangement or to plant trees in memory of Karleen Balle Liebschutz, please click here to visit our Sympathy Store.

To order memorial trees or send flowers to the family in memory of Karleen Balle Liebschutz, please visit our flower store.