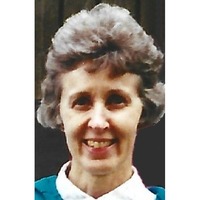 Karen Young Christensen passed away December 13, 2021, at the age of 78 following a long battle with Alzheimer’s. Karen was born on April 13, 1943, in Tooele, Utah to Silas and Ida Young. She learned to play the piano. She also loved playing the French horn and played in the Tooele High School marching band for 4 years. She graduated from high school in 1961. She then attended Brigham Young University. In 1964 she was called to serve as a missionary for The Church of Jesus Christ of Latter-day Saints in Germany. She loved the people she served and developed a love of the German language and culture. After her mission she returned to BYU and graduated in 1968 with a degree in elementary education. She taught elementary school for 5 years.

She married Carl Christensen July 27, 1973, in the Logan Temple. A few months later they bought their home in Taylorsville. There they raised their four children. She loved her family so much and was a dedicated wife and mother. She was a faithful member of the church her entire life and served in several church callings through the years. She loved doing genealogy and spent many hours doing research at the Family History Library in Salt Lake City as well as the local stake family history center. She also worked diligently on indexing and writing family histories.

Karen is survived by her husband Carl; and her children: Melanie, Jeff (Trisha), Allen and Tami. She is also survived by her sister Janet (Robert Everett); and brother James (Carol Ann) Young.

She is preceded in death by her parents; her twin grandsons Kaden and Jordan; her sister Joanne Gudmundson; and her twin brothers Robert and Richard Young.

To order memorial trees or send flowers to the family in memory of Karen Young Christensen, please visit our flower store.