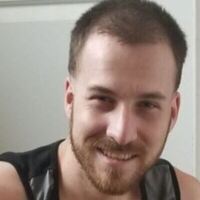 Joshua Joseph Van Wagoner has always been a vivacious individual abounding in creativity.  From the time he was young and took up soccer and drums he would take on a challenge with all the dedication he could muster.  He loved monkeys, and lived in a green room filled with them, in Riverton, Utah, until the family moved to Eagle Mountain, Utah the summer he started high school.  He won the school-wide 70’s Dance Competition that first year, 2011, and was the youngest dancer.  He went on to dance on the Ballroom Team and on the Performing Dance/Drill Team, shaking up the stands with his team during sports events.  As he was graduating in 2014 he received Westlake High Schools Award as Best Entertainer.  He spent one year on scholarship in the Modern Dance Program at the University of Utah, after which he transferred to Utah Valley University’s same program where he earned an Associate’s Degree and was mere classes away from his Bachelor’s Degree.  He was on both Ballroom Teams just for the fun of it.  Josh was deeply creative and studied fine arts with his mother, as well as in school classes.  We are grateful for the lovely pieces he has left us.  While attending UVU he worked at Alcatraz Escape Rooms and thrilled groups with his amazing make-up artistry and intensely scary acting.  He learned the value of life and chose to eat Vegan, organic, and Fair Trade; he refused to kill any creature and loved others very deeply; he was pained to think he may have hurt someone.

This last year or so had proved to be solitary and agonizing through mental health issues.  Dance was his only true therapy; online classes and the dismantling of his team and comradery on the Oquirrh West Project took that away from him.  On September 16th, at the age of 24, he chose to relieve his hidden torments by returning to the God who made us all. He was loving and kind and made sure to let his family know they were loved.  We have lost an extremely creative mind and soul.  He will be greatly missed.

To send a flower arrangement or to plant trees in memory of Joshua Joseph Van Wagoner, please click here to visit our Sympathy Store.

To order memorial trees or send flowers to the family in memory of Joshua Joseph Van Wagoner, please visit our flower store.