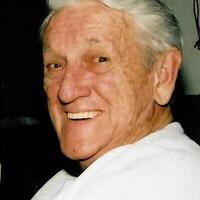 Joseph Ross McLaws was called to heaven on November 11, 2021. Ross was born on March 11, 1934 to Gladis Willis McLaws and Phillip DeLaMar McLaws in Joseph City, Arizona.

Ross served an honored mission for The Church of Jesus Christ of Latter-days Saints in Brazil from 1954 to 1957. After he returned home, he was drafted into the Army and proudly served in Germany for 2 years. Ross worked for the railroad as a brakeman and then as a conductor for over 40 years. He married Elizabeth Jane Waite on March 11, 1960, who passed away peacefully on May 25, 2003. They have two children Lori Bay and Joseph Ross McLaws Jr.

Ross loved to hunt and fish, and he also was a scout master for the Boys Scouts of America for many years. Ross coached for Babe Ruth Baseball boys. Ross loved to be around children.

Ross was preceded in death by his 1st wife Janie; and his parents Gladis and Dale McLaws. Also by his brothers Jay, Melvin, Dewayne and Phill.

Ross lived a long and joyful life, he was proud of his family and of his accomplishments in the church, in the military, and at work. Ross will be greatly missed, especially for his stories, jokes, and loving and caring character.

To send a flower arrangement or to plant trees in memory of Joseph Ross McLaws, please click here to visit our Sympathy Store.

To order memorial trees or send flowers to the family in memory of Joseph Ross McLaws, please visit our flower store.