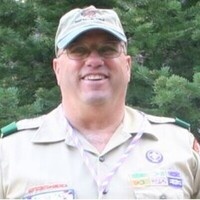 John Charles Hill passed away on May 6, 2022, at home with his loving wife, Dianne, by his side. He was born in Salt Lake City, Utah to Robert Henry Hill and Evelyn Balser on July 12, 1944.  He was the eighth of ten children.

John grew up in Murray, Utah. He had a love of life and adventure. The family home backed up on what is now Mick Riley Golf Course. He used to call it his backyard. His “backyard” went from State Street to 900 East and 4500 South to 5300 South. At the time there were fields and farmland. He would spend his summers, horseback riding, swimming in the “backyard” swimming pond, and fishing on Big Cottonwood Creek. Winters were spent ice skating on the “backyard” swimming pond.

John attended Arlington Elementary, Murray Junior High, and graduated from Murray High School. He received an Associate Degree in Math from the College of Southern Idaho. He attended Brigham Young University and the University of Utah where he majored in Civil Engineering.

John was a faithful member of The Church of Jesus Christ of Latter-day Saints. He loved his Heavenly Father and his Savior Jesus Christ. He had a firm testimony of the gospel of Jesus Christ. He served in many callings throughout his life. His favorite callings were working with the youth, serving as an ordinance worker in the Boise temple, missionary work, and teaching.

He was called as a full-time missionary for The Church of Jesus Christ of Latter-day Saints and served in the Alaskan/Canadian mission (1963-1965). He also served as a part-time missionary in the Salt Lake City, Inner City Mission along with his sweetheart, Dianne (2017-2019). They had the privilege of working with the wonderful Hispanic people in the Pleasant Green 2nd Ward in Magna, Utah.

John later met his sweetheart, Dianne Sorensen. They were sealed in the Salt Lake City Temple May 11, 1989.

John was proud to serve his country in the United States Air Force. He served at Kirkland, Air Force Base in New Mexico and volunteered to go to Vietnam. His tour in Vietnam came to an end when he was wounded and honorably discharged.

John’s hobbies included fly-fishing, camping, hiking, shooting targets, wood working, trains, traveling, and reading. He had a great sense of humor and enjoyed sharing the many jokes he found on social media.

John worked as a Construction Manager for various engineering firms, his own business, and the Corp of Engineers. Later in life he worked as an IT Specialist for the State of Idaho.

John’s greatest passion was his family and being with them. He loved making memories with them and sharing his life stories with them. Once he was part of your life, he ensured that it stayed that way.

He is survived by his wife Dianne; his children Allison, Dee, John (Cori), David (Seyoung); his grandchildren: Amanda, Gracie, Skyler, Bailee (TJ), and Parker; and his great-grandchildren, Ryin and Brinkley. He is also survived by his sister Patricia Atkinson (Arlen); and his brother Steven (Cathy).

In lieu of flowers please donate to The Church of Jesus Christ of Latter-day Saints Humanitarian fund or General Missionary fund.

To order memorial trees or send flowers to the family in memory of John Charles Hill, please visit our flower store.