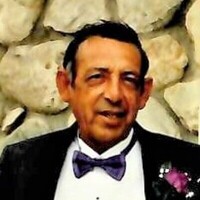 Juan (John) “Manuel” Duran, age 84 passed away on Friday October 30, 2020 in Taylorsville, Utah. He was born on February 26, 1936 to Fidel T. and Ermilina Duran in Terrero, New Mexico. As a child, John’s family moved from New Mexico, finally settling in Dinkyville, Utah that was part of the Bingham Canyon Mine. Living in Dinkyville, life became an adventure for John, from selling “gold” on the side of the road to tourists to playing war with the blasting caps his father used for the mine. John joined the U.S. Air Force where he was part of the Aerial Recon Photography Unit working in the Strategic Air Command during the Korean War.

John (Manuel) met the love of his life, Kathleen Miller. They married and had six children.  While raising his children, John (Manuel) became a brick mason and led many teams to build Salt Lake City and surrounding areas. For his work, he was known as the one of the greatest brick masons and did win the “Golden Trowel.”

Preceded in death by his wife Kathleen; his father; mother; and three brothers.

A special thanks to The Sale Lake City Veterans Affairs and Superior Home Care and Hospice for their continued hard work and their support.

Covid precautions will be followed.

To send a flower arrangement or to plant trees in memory of John Manuel Duran, please click here to visit our Sympathy Store.

To order memorial trees or send flowers to the family in memory of John Manuel Duran, please visit our flower store.