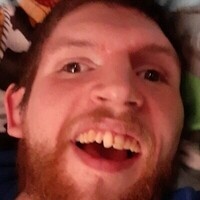 We mourn the loss of our Angel John Robert Beatty, 39, as he returned to Heaven on February 1, 2022, in the presence of his mother and aunt and with the outpouring of love of his entire family. John was gifted to his parents Jeff and Susan on December 13, 1982, in Houston, Texas.

John was sent to this earth as a special needs child and heroically met continuous challenges with fortitude and grace.  He has shown everyone who met him what it is to be a pure soul and was   admired and loved by many.

Services can also be viewed at:

To order memorial trees or send flowers to the family in memory of John Robert Beatty, please visit our flower store.