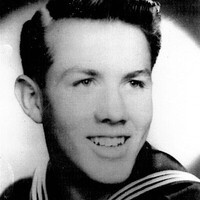 Our loving husband, father, brother, grandfather, great-grandfather passed away at the age of 85 on Sunday, January 30, 2022, peacefully at his home in West Jordan, Utah.  He was born in Payson, Utah on August 27, 1936, to Guy A. Johnson and Inez H. Christensen.  He was married and sealed to his wife, Darlene Leah Wager, in the Logan Temple on July 19, 1955.

He was an active member of The Church of Jesus Christ of Latter-day Saints and served in many positions including twice as branch president, three times as High Priest Group Leader, and as counselor in four bishoprics.  He achieved the Eagle Scout award with a Silver Palm in the Boy Scouts of America and earned the Silver Award in the Explorer Scouts.

He was devoted to his family of nine children, 37 grandchildren, and 24 great-grandchildren.  He loved the outdoors and was an avid hunter.  He enjoyed camping with his sons and son-in-law.  He really liked yard work and spent time as a youth working in the fields and orchards to earn money.  He served 23 years in the U.S. Navy and retired.  He then served 22 years in the U.S. Postal Service and retired.

He was preceded in death by his wife; his son Jay; his great-grandson Hunter; parents; his brothers Keith and Glade; and sisters Pearl, Anna Marie, and Joyce.

He is survived by his children Joel II, James, Jason, Jess, Joelene (Marosok), Jared, and Janalee (Miller) who all live in the Salt Lake Valley, and JaNell (Ward) who is a resident of Syracuse, Utah.

Joel will be missed, but always loved by his family and those who knew him.  Many thanks to those who have offered and given support at this time of need.

Services will also be streamed at: https://youtu.be/UBL-hE8qFUQ

To order memorial trees or send flowers to the family in memory of Joel Curtis Johnson, please visit our flower store.