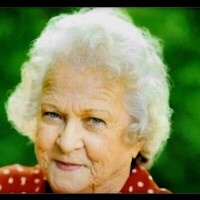 Joan married Neil H Black on May 9, 1953. They had four children. Joan was an electronic assembly technician at Litton, Telemation, EDO Western and Harman Music. She developed many close professional and personal relationships along the way.

Joan was an avid bowler and secretary for many leagues throughout the Salt Lake City area. Joan and Neil were founding members of El Nautical Boat Club in Saratoga Springs in 1976. In subsequent years, Joan served as Commodore, Secretary and active member of the boat club.

In her free time, Joan enjoyed making craft items for different holidays and gifted them to family, friends and others that she encountered. Joan also loved spending time with her grandchildren, camping, hunting, four-wheeling, boating and water skiing. She was a true outdoors woman.

To order memorial trees or send flowers to the family in memory of Joan Davis Black, please visit our flower store.