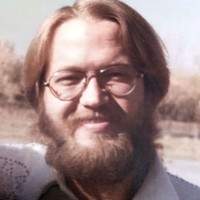 My dad was born on May 27, 1952 in Salt Lake City, Utah to D. Edward Dignan and LaRue Boberg Dignan. He was the second of 4 children. During his childhood he lived in Seattle, WA, Billings MT and Albuquerque, NM, before finally moving back to Salt Lake City for good in 1967. My dad always spoke fondly of his time in Albuquerque, and some of his lifelong best friends were made there.

My dad attended and graduated from Olympus High School in 1970 and attended the University of Utah for a short time. Dad joined the Army Reserves during Vietnam and remained an active member of the Guard for several years. He was never deployed. On February 11, 1977 he married the love of his live, Susan Hales. They were “set up” by none other than my Grandpa, Ed, who happened to work with my Mom at the Utah State Tax Commission. They had one son, Matthew James Dignan, born on August 21, 1980.

My dad was always very handy and had a knack for fixing anything. He found his calling in life as a manual machinist and enjoy a career of nearly 40 years working for various companies in Utah. He owned and operated his own machine shop for 10 years before closing the business.

Jim, Susan and Matthew lived in Riverton, Utah from 1982 to 1998. Our years in Riverton were the best, and we were blessed with many wonderful neighbors and friends. Growing up, I remember my dad taking very good care of our house and yard. As he would say he would “manicure” the lawn. Every project he started, he finished, and it always seemed to be perfect. My mom and dad provided a wonderful home for me, filled with love and laughter. Our yearly vacations to Disneyland and Huntington Beach were always wonderful times.

My dad was a family man first and foremost and loved Sunday dinners at Grandma’s. He shared a special bond with his “baby bro” John Dignan. The two loved going to hockey games, and watching their favorite football team, the Raiders. Anytime something great happened in a game, you can bet one was calling the other to say “Are ya watchin’ it???”.

My dad wasn’t perfect. He struggled with alcohol and addiction. But he was always trying to be better every day. He would always tell me “Tomorrow is another day, let’s try to make it better”. I always believed in him, right up until the end.

In his younger years, my dad loved the outdoors, camping and fishing with family and friends. He loved music, and in the late 60s and into the 70s he saw many legendary bands live in concert. He also loved reading and had a great appreciation for the English language. He was very well-spoken. He also had a near photographic memory and could tell you stories with vivid details of events that happened years ago. Though he lost his short-term memory due to his illness, he never lost those long-term memories. He also had a fantastic singing voice, and could pick out vocal harmonies by ear and could sing along with his favorite Operas word for word.

My dad was often reserved and shy but would warm up to anyone who struck up a conversation with him. He has great laugh and a bright warm smile. He was always up for a good meal, and as I was growing up, we often enjoyed nice dinners together at our favorite restaurants. Many times, they were spontaneous ideas he had. He always kept things exciting for us.

My parents shared a special bond, and the two were so much alike they would often finish each other sentences or be sharing the same idea. They were inseparable, best friends until the end.

Per my Dad’s final wishes, there will be no funeral services. Condolences may be paid at [email protected] A Celebration of Life will be held at a later date to be determined.

To send a flower arrangement or to plant trees in memory of "Jim" James Edward Dignan, please click here to visit our Sympathy Store.

To order memorial trees or send flowers to the family in memory of "Jim" James Edward Dignan, please visit our flower store.