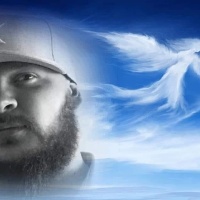 Jesse John Cope, the most loving, caring, kind hearted son, brother, uncle, cousin and friend left us unexpectedly, and far too soon, at the age of 35.

Jesse was born January 19, 1984 to Cathie Glenn Solmonsen and Clint Jack Cope. He was the second son of three.

Jesse was devoted to his family. Whatever challenges we were faced with, we could always count on him. The last text he sent his mom read, “Please don’t worry too much. It makes it worse for me. I love you so much!” That was our Jesse… never wanted anyone to worry. He loved his brothers Aaron and Cody unconditionally. His nephews, Presley and Hudson and niece Olivia were the light of his life! He embraced them as his own children. He enjoyed spending time with them and tormenting them at family gatherings and weekends at his brother’s house.

Jesse excelled in everything he did academically, physically and professionally. He refused to be defeated! Growing up he enjoyed barefoot water skiing, playing baseball and of course football. He loved the Raiders and was looking forward to going to the first game in Las Vegas with his sister Jamie and buddies.

During his time at Progrexion, Jesse held numerous positions of leadership in both the Salt Lake City and Oklahoma offices. He had the keen ability to recognize areas of opportunity before anyone else. He was the person they could rely on for his quality of work and implementing great change. He received many achievement awards for his integrity, love for his team and desire to be the best!

Preceded in death by grandfather Edward Combs; grandfather and grandmother Grant and Beth Cope; and too many of his high school buddies that left this earth too soon.

Special thanks to Jordie Nelson for her help with the funeral arrangements and go-fund me account; and the entire Progrexion family who plan to hang a Raider’s Jersey with Jesse’s name and flag in his remembrance XOXO

To send a flower arrangement or to plant trees in memory of Jesse John Cope, please click here to visit our Sympathy Store.

To order memorial trees or send flowers to the family in memory of Jesse John Cope, please visit our flower store.