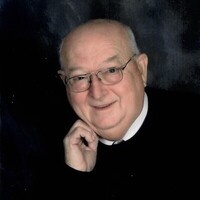 Jay Lamar Peterson was born on January 29, 1938, the fourth child of LaRue Bagshaw and John  Herbert Peterson. He was born in Santaquin, Utah where he lived throughout his early life. Jay’s father died when he was only fourteen months old. LaRue later married Earl Jarvis who had a 60-acre farm on the East Bench of Santaquin. The farm produced a large variety of fruits and vegetables and included pastureland. Jay began helping on the farm when he was six or seven years old, and helped out on the farm of his uncle Jess Jarvis, earning 25 cents per hour. Jay had ten brothers and sisters: Richard, Glade, Darlene, Garry, Danny, Joe, Jolene, Paul, Bonnie and Debra.

In September 1957, Jay joined the United States Army. He was stationed at Fort Ord, California, Fort Lee, Virginia and Fort Dix, New Jersey where he was in the Quartermaster Corp and worked in the office of the Clothing Issue Department. After two years he decided not to re-enlist, and his active duty ended in September of 1959. Jay continued his service in the Army Reserves and was honorably discharged on August 31, 1963. He was patriotic and felt honored to have served his country in the United States Army.

Jay married Carol Louise Coray in the Salt Lake Temple on March 10, 1961. They met while attending Payson High School. Carol and Jay had four children: Steven Jay, Brian Dale, Lynette, and David Mark. They lived in Logan, Utah then moved to Perry, Utah before making their home in West Valley City, Utah. After Jay’s military service, he had several jobs, including one at Thiokol Chemical Corporation in 1960. He was always proud of the fact that he had worked on the Minute Man Missile Project.

Jay desired further education and enrolled at Salt Lake Trade Technical Institute (now known as Salt Lake Community College). He worked tirelessly at school, graduating with honors from a rigorous Marketing course. While in school, Jay worked as an apprentice at Dan’s Foods in Salt Lake City, quickly advancing from apprentice bagger to store manager. He worked for Dan’s for twenty years, managing multiple stores before moving to the main office to oversee purchasing and supervise the grocery departments of the entire chain. After leaving Dan’s, Jay worked for Winder Dairy for several years as a manager over the plant, purchasing, and the general store.

Jay was always working on projects around the home. One year he decided the home needed a garage, a project that took the efforts of the entire family and utilized about 230 metric tons of concrete and 3 million feet of rebar (that garage is never coming down). He loved working in his wood shop and shared the things he made (e.g. birdhouses, wishing wells, napkin holders) with his family and friends. He revisited his woodworking hobby during the COVID pandemic, churning out wishing wells as fast as we were able to keep him supplied with lumber. Jay learned to fish and hunt as a child, which was another life-long interest. He loved to sit at the edge of a lake with his fishing pole, and he waited anxiously each year for the first day of the deer hunt. He taught his children how to hunt and fish, and they nearly always came home with a mess of fish or a deer. Jay enjoyed camping in the mountains near a lake, and always made sure there was a roaring campfire in the frosty mornings and the starlight evenings. He visited many places in the United States, Canada, and Mexico, but his favorite trip was a cruise to Alaska where they visited Skagway, Ketchikan, and Juneau; one of the happiest moments of his life was the rickety ride on White Pass and Yukon Route Railway.

Jay was a dedicated member of The Church of Jesus Christ of Latter-day Saints. He served in many positions, including Primary Teacher, Young Men’s President, Stake Sunday School Presidency, Counselor in the Bishopric and more.

Jay struggled with health issues for many years. He stayed healthy by going to the gym nearly every day, where he was especially fond of the leg extension machine. His hard work at the gym paid off – over the past couple of years he was able to lose over 50 pounds. He amazed his doctors by how well he managed his diabetes for over 3 decades.

Jay died of a heart attack on January 7, 2022, while hospitalized for acute kidney failure. Jay was tired and wanted to go home. He passed peacefully from this life with cherished loved ones at his side. His family will miss him dearly.

He is survived by his wife of 60 years, Carol Coray Peterson; children, Steven Peterson, Lynette Hale (Tom), David Peterson (Lacie), and Cheryl Roberts; and brothers and sisters, Darlene, Paul, Joe, Bonnie and Debra. He is also survived by grandchildren: Greg, Eric, Matthew, Jacob, Nathan, Michael, Jonathan, Laura, Megan, Rachel, Rebecca, Sarah, Amanda and Jessica, and 13 great-grandchildren. He will be buried next to his son Brian at Valley View Memorial Park. Jay was looking forward to finally getting acquainted with his father and getting to be with Brian again.

We appreciate the outpouring of love, prayers, and compassionate service we have received from beloved family and friends. Because of our great concern about the Covid pandemic, we will celebrate Jay’s life at a private family gathering. We would love to have you join us virtually for the funeral services on Friday, January 14, 2022  at 1:00PM at: https://vimeo.com/666119679

To order memorial trees or send flowers to the family in memory of Jay Lamar Peterson, please visit our flower store.