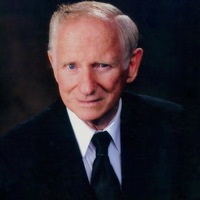 Jay Kimball Geisler (81), our beloved father, grandfather, great-grandfather, brother and friend, passed away on May 9, 2022, in Salt Lake City, Utah.

Jay was born on July 5, 1940, to Virginia Kimball and Joseph Geisler in Salt Lake City, Utah. He was the fourth of six children: Pat, Theodore, Heber, Jay, Larry, and Ruth.  He grew up in the heart of Salt Lake City just west of the Capitol building.

His childhood was filled with many outdoor adventures.  He loved sledding down snowy streets west of the Capital and hiking, climbing Ensign Peak and other excursions with his siblings. He made it difficult for his sister, Pat, to keep track of him. When he was a kid, he used to climb up the inside of the dome of the State Capital with his brothers.

He attended West High School and graduated in 1959.  During his school years, he played middle linebacker on the varsity football team. One game, he and his brother Larry were responsible for half of the tackles for the entire team. He was also on the wrestling team. Jay liked to go to the dances at Salt Air. After graduation, he joined the Army Reserves, later transferring to the Naval Reserve.

In 1960 he married Thelma Rae Field who he met on a blind date.  Together they had 6 children: Allen, Gary, Michelle, Steven, Daniel, and Cody. He was a hard worker and able to work in many capacities. He owned his own gas station, Carpet cleaning and installation business, and a Fuller Paint store. He worked as a salesperson for Salt Lake Hardware moving him and his family to Bozeman, Montana and Montrose, Colorado. He then returned to Salt Lake and worked on F16s at Hill Air Force Base.  He followed sports and liked to watch BYU football. He loved to play golf, and often built golf clubs for family and friends. After his divorce from Rae in 1988, Jay married Melinda Martin Hilden until her death in 2001.  He later married Lois Harmon until their divorce in 2014.

Jay was always very generous and giving of himself and his possessions. His defining quality was a desire to help people-going out of his way to do so. He only saw the good in people. He was a kind man who was very patient and accepting of others. He liked to make people laugh and would often play jokes on people. His favorite thing to do was spend time with his children and grandchildren. Jay was a lifelong member of The Church of Jesus Christ of Latter-day Saints. He loved his membership and his relationship with God.

To order memorial trees or send flowers to the family in memory of Jay Kimball Geisler, please visit our flower store.

The Church of Jesus Christ of Latter-day Saints Building

The Church of Jesus Christ of Latter-day Saints Building