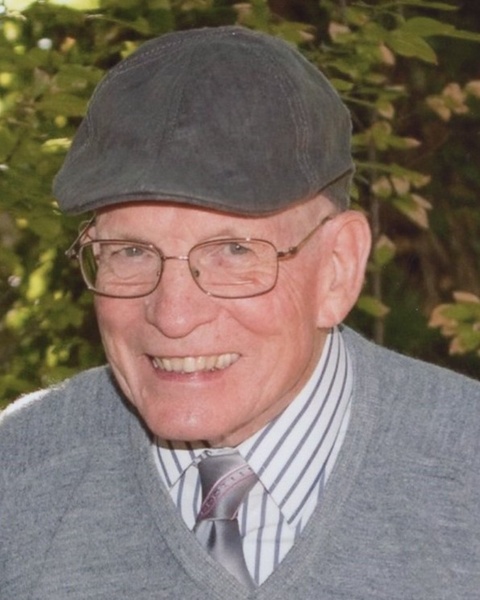 James Hollis Thacher has completed the race of life. He is now enjoying rest and refreshment in the presence of God. His greatest hope of seeing Jesus Christ face to face is now accomplished. Those who completed the race before him cheered him on and eagerly welcomed his coming. He now is urging those who remain on earth to run the race well. He received his competition ribbon that is now on display in his heavenly home.

His race began March 15, 1934, in Fitchburg, Massachusetts (Beware the Ides of March). He was preceded in death by his parents Hollis Perry Thacher and Susan Elizabeth Thacher and by his sister Alice Carolyn Thacher.

During his race over the marathon course of eighty-eight years, Jim had many accomplishments. His care was shared by his running mate and best friend of years, his wife Pauline. They were married in Wilmington, Delaware on February 7, 1959. Also participating in the race of life are his three sons – Dr. Tom, Andy, and Daniel and their eleven grandchildren, Aaron, Jesse, Melissa, Nathaniel, Timothy, Noah, Hannah, Victoria, Abigail, Jonah and Chole. After 19 years in Nigeria as a medical missionary, Tom is now a doctor at the Mayo Clinic in Rochester, MN. Andy is an accountant and youth yorker in San Diego, CA. Daniel, after being a youth pastor and then a teacher at a Classical Christian Academy is now an engineer in Midland, TX.

Jim was an aerospace engineer for Hercules/Alliant Techsystems for forty years, holding various positions in Engineering Management, Research and Development and Proposal Preparation. He has a doctorate in Engineering Mechanics from Catholic University (1964) and a Master of Science in Chemical Engineering from the Massachusetts Institute of Technology (1956). He was a long-time member of the American Institute of Aeronautics and Astronautics.

Jim and his wife Pauline were members of Midvalley Bible Church. They were directors of the AWANA youth program there for 51 years and continued participation in the local club and regional activities for many years afterwards. Jim was a teacher, delighting to study the Bible with others in Sunday School, Bible Studies and Summer Youth Camps and the Rescue Mission of Salt Lake. His was chairman of the Missions Committee and Midvalley for many years. Jim was a volunteer tutor at Hunter Junior High School working with the Retired Senior Volunteer Program. He was also a volunteer for the 2002 Salt Lake Olympics. Jim was a freelance writer with numerous technical articles and also non-technical articles in the Christian Communicator, Toastmaster Magazine and several anthologies of poetry.

He was a member of the Toastmaster International and the Utah Cristian Writers Fellowship. He enjoyed running and swimming and was a member of the West Valley Family Fitness Center. He and his wife also traveled extensively enjoying many diverse cultures.

In lieu of flowers donations should be made to Midvalley Bible Church or your favorite charity.

To order memorial trees or send flowers to the family in memory of James Hollis Thacher, please visit our flower store.