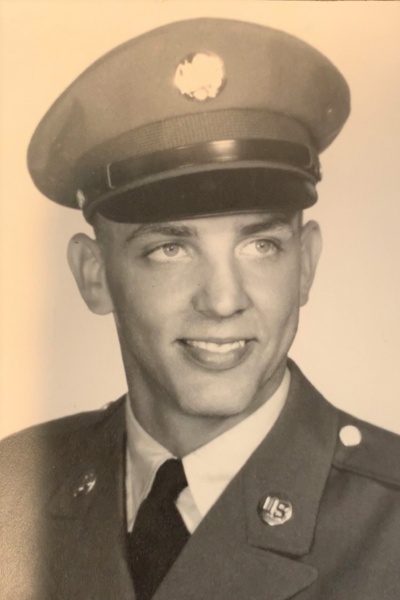 James D. Cannon passed away peacefully in his home, surrounded by loved ones, on June 18, 2022. His courageous battle with Pancreatic cancer was brief but fierce.

Jim was born in a log cabin in Springdale, Utah on December 14, 1939, to Hugh & Aletha Cannon. He later moved to Salt Lake City and then to Riverton when he started high school and spent the remainder of his fulfilling life with his beautiful bride, Linda Kaye Green. They were married September 4, 1959, in the Salt Lake Temple.

Preceded in death by his son Gregory.

Jim enjoyed working as a systems analyst for 40 years and retired from Salt Lake City Corp after 26 years of service. He served in the US Army Reserve from 1956-1960.

His greatest love was serving. He served three missions with wife Linda from 2008-2015. He held many various positions in the church serving in the Bishopric, Ward Clerk, Sunday School president, Young Men’s Quorum, and his favorite was serving as a District Scout Commissioner in the Wasatch Peaks district. He received scouting’s highest honor, the Silver Beaver Award in 1979.

He will be remembered for his love of reading, secret fudge recipe, spending time with family, vacations, camping, motorcycle rides with friends, going to movies, Dutch oven cooking, puzzles, scouting and most of all, being a grandpa. He loved building things with Legos with his grandkids and great-grandkids. He pretended to buy Legos for the kids, but we all knew who they were really for. He was always a kid at heart. Most of all he will be remembered for his kind smile, always encouraging others to do more to better themselves, strengthen their talents and abilities and mostly making you feel like you really mattered to him.

His greatest accomplishment in life was his 62 blissful years of marriage to the love of his life. Everything they did, they did together. He never wanted to be apart from his bride. Together they made this world a little better place to live.

In lieu of flowers the family requests you do a random act of kindness today in honor of Jim.