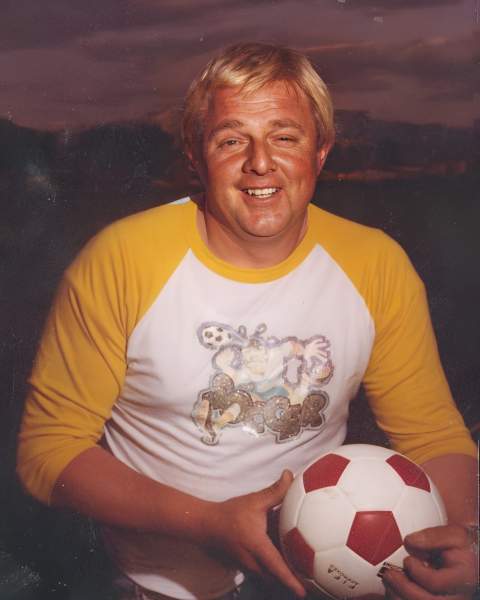 Jacob was born in The Hague, Netherlands to Hendrik and Lena Catharina van der Wekken. He was the oldest of four children; Jacob, Neeltje, Maria and Hendrika. When he was 12 ½ his family emigrated to Australia. He spent the next 15 years living there.  His whole family was introduced to the missionaries from The Church of Jesus Christ of Latter-day Saints and were baptized in the church in July of 1962.  He met his future wife, Kathleen Rae Stoker, while she was serving a mission in Australia. He won over her heart, and they were married on December 13, 1969, in Tamworth, Australia and sealed in the New Zealand Temple of The Church of Jesus Christ of Latter-day Saints on December 16, 1969. He moved with his wife and baby boy, Lee, to the United States in 1971.

Jacob became a carpenter while in his late teens. He loved carpentry and was excellent at it. He became a building contractor while living in Australia.

He was the proud father of five boys: Lee, Jason, Daniel, David, and Michael. He would always tell people his wife just never gave him a girl.

He had many hobbies and passions in life. From an early age he loved animals, especially German Shepherd dogs, and birds. He always had a German shepherd dog up to the day he passed away. He loved breeding parakeets.

Jacob loved doing genealogy, especially for his family, and making sure the work was done for them in the temple.

Playing soccer was a great joy to him and he began playing in the Netherlands. He continued playing in Australia and in West Valley. Later he became a soccer coach and loved coaching his boys and many other boys in the neighborhood.

He loved the gospel of Jesus Christ and held many callings in church. His favorites were being a Scout Master and teaching.  To the day of his death, he still had a strong testimony of our Savior.

He had a passion for reading books, especially history books, and had a large library in his home.

With the help of his wife and sister Nell, he wrote his life history in five books.  He loved talking to people about his books and telling them some of his life stories.

He loved to go camping in the Uintas with the scouts and his family. He loved the beauty found in nature.

He was a proud he had been born in the Netherlands and would tell everyone he met he was a dutchman by birth.  When people came to his home, he would also show them his family crests from the van der Wekken and Herweyer line.

Jacob was able to touch many hearts and people enjoyed being around him.  He was always a character and he loved giving people a bad time, but in a good way.

He is preceded in death by his father Hendrik and mother Lena; his sister Maria; and his son Jason.  He is survived by his wife, Kathleen; sons Lee (Julie), Daniel (Toni), David (Cami) and Michael (Adrienne). He has four grandsons Cameron, Keagan, Bryant, and Kyan and two granddaughters, Damek and Madi and one great-granddaughter, Sylvia.

Join us virtually at: https://www.youtube.com/watch?v=XPUZy9GYBh0

To order memorial trees or send flowers to the family in memory of Jacob van der Wekken, please visit our flower store.