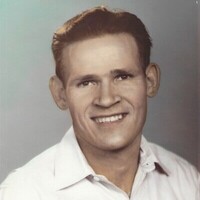 Our loving Husband, Father, Grandfather, Ivan Lamar Jones returned to our Heavenly Father on the morning of September 2, 2020. Ivan reached the age of 101 years. As a centenarian, he was able to witness history unfold and the world change throughout his accomplished and humble life. Through it all, he remained a faithful member of The Church of Jesus Christ of Latter-day Saints and an excellent example to his family. Ivan was sharp and witty and interested in learning and progressing.

Ivan was born in Sterling, Idaho on June 8, 1919 to Thomas Henry and Delila Porter Jones. He survived the Spanish Flu as an infant and was not expected to survive. That resiliency enabled him to survive a lifetime of challenges while never losing a positive attitude and used that strength to continue to overcome many challenges throughout his life. His most vivid memories of growing up are during the great depression, which he was always proud to share with family and friends. With little money, Ivan and his eight siblings were raised on a 160-acre farm where they learned the importance of hard work and having fun, but always had plenty to eat.

Ivan married Clea Priscilla Miller on November 22, 1939 in the Logan Utah Temple. As newlyweds, they lived and worked on a farm, eventually becoming migrant farmers. Together, Ivan and Clea had six beautiful children. Ivan worked for McDonald Douglas for three years before he joined the Navy in World War II; they settled in Long Beach, California. During World War II, Ivan was a Merchant Marine where he was the Second Cook.

Ivan and Clea moved back to Salt Lake City, Utah at the end of the war. Upon his return to Utah, he started Ivan Jones Heating with his sons in 1965 where he continued working with his son LaMar until his retirement.

Following the passing of his wife Clea, Ivan married Lucille Georgia Miller on June 6, 1969 in the Salt Lake City temple. They were happily married for 51 years. Lucille and her two sons joined the family.

He and Lucille served two missions Seoul, Korea and Fort Worth, Texas.

Family and close friends will gather together for a special graveside service to celebrate the life of Ivan on Tuesday, September 8, 2020 at Larkin Cemetery in Sandy Utah.

Ivan touched many lives with his compassion, service, love, and generosity. We will miss your smile and sense of humor.

We love you and will miss you.

To send a flower arrangement or to plant trees in memory of Ivan LaMar Jones, please click here to visit our Sympathy Store.

To order memorial trees or send flowers to the family in memory of Ivan LaMar Jones, please visit our flower store.