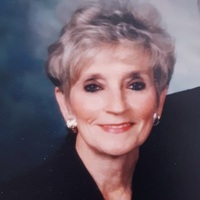 Our beautiful mother, grandmother, sister and friend — E. Irene Swensen — has been eternally reunited with her husband and best friend, Gary.

Irene passed away March 3, 2022, following a recent operation and a valiant, two-year battle with cancer. She will forever be loved and cherished for her dedication to her faith, family and friends. We already miss her so — but find peace knowing Mom and Dad are again standing at each other's side, holding hands. She was 79.

Irene was born April 3, 1942, in Murray, Utah, to Eldon Christian Nielson and Miriam Viola Thayne Nielson. She was delivered by a midwife named Edna, so her parents decided to give their baby daughter that same name. But for all who knew her, she was “Irene”.

An extrovert imbued with natural charm, Irene grew up in Murray and enjoyed the company of many pals who would become lifelong friends. Her classmate and neighbor, Micki Moulton, was her trusted “partner in crime” up until Irene’s final days on earth.

Mom moved comfortably across many social circles throughout her life, and at each stop she always made new friends.

She was cheerleader at Murray High School and remained a lifelong, proud Spartan. Her eyes lit up whenever she was traveling on State Street and drove by her alma mater.

During her senior year of high school, Irene had a chance meeting with a handsome Taylorsville boy. Young Gary Swensen was immediately smitten by the pretty blond with the infectious personality. Soon Gary and Irene were dating and became a couple. Their union was fate. It is impossible to think of Gary without Irene, and vice versa.

Raising four sons was Mom’s joy. She was the quintessential Mama Bear. No one messed with the Swensen Boys on her watch. She made her home a welcoming landing spot for her sons’ many friends and, eventually, girlfriends and future wives.

Soon the grandkids began arriving, and with each new granddaughter or grandson, Mom celebrated. No one could soothe a fussy baby quite like Grandma Irene. She always kept her refrigerator and pantry well-stocked with Cokes, Oreos, Popsicles, and everything needed to make s’mores.

Easter, Halloween, July 4th, Thanksgiving, Christmas and other holidays were reasons to  decorate and host family celebrations. And nothing made Irene happier than the annual Swensen Family vacation to Jackson Hole, Wyoming.

She loved to watch Jazz, Utes and Navy games on television with Gary and the boys — but she would usually get too nervous to watch the closing seconds and, instead, would call out for game updates from the safety of an adjoining room.

A lifelong disciple, Irene found joy in many Church callings and studying her scriptures. She rejoiced serving alongside Gary after he was called to preside over the California Santa Rosa Mission in 1997. She remains an example of love and Christ-like warmth to many of her Santa Rosa missionaries. Dad always called Mom “the world’s most beautiful missionary companion.”

The past couple of years were difficult for Irene. She was diagnosed with advanced lung cancer in 2020 even while she was tenderly caring for her ailing sweetheart. Last year, Gary passed away, leaving a space in Mom’s life that could never be filled in mortality.

Still, life’s challenges would never suppress Irene’s fighting spirit and impeccable style. On the day before she died, Mom requested one of her make-up kits at the hospital.

Irene faced every moment with grit and grace.

Mom, you are loved by so many.

Friends and family may attend the funeral virtually at: https://www.youtube.com/watch?v=2j0aP4trml4

To order memorial trees or send flowers to the family in memory of Irene Swensen, please visit our flower store.