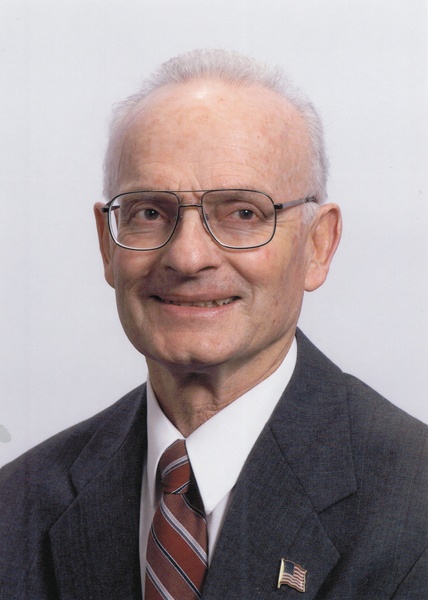 Hyrum Whitaker Smith passed away August 8, 2022. He was born to Samuel Schwartz Smith and Jeannette Taylor Whitaker Smith in Salt Lake City, Utah on September 2, 1931. He is the 4th of 8 children. He spent his youth in Bennion, Utah on the family farm, where he learned to work hard and developed a talent for fixing things.

He attended Plymouth Elementary School and Granite High School. After high school, he served in the California Mission for 2 years and then spent 2 years serving his country in the Army where he became a chaplain's assistant stationed at Fort Riley, Kansas. He studied at the University of Utah and then Utah State University where he earned a bachelor's degree in Industrial Arts and Secondary Education.

He and Marilyn Fuller were married on September 12, 1957, in the Salt Lake Temple by Joseph Fielding Smith, his uncle. Their first child was born in Murray, Utah. His first teaching job was in Wendover, Utah. After two years he returned to Utah State and earned an Elementary Education certificate. His teaching career spanned 28 years with the last 26 in Granite School District teaching 6th grade for 15 years and then 3rd Grade. In the summers he farmed and built homes and duplexes.

Later, Hyrum and Marilyn bought a home in the Holladay area of Salt Lake City and were blessed with 8 children. After 14 years there, Hyrum built Marilyn's dream house in Taylorsville, and they welcomed their 9th child. Hyrum raised alfalfa and a big garden and fruit orchard. He also had a milk cow and raised several calves and a flock of chickens. He enjoyed feeling that he could be self-reliant and feed his family in whom he took great joy. Hyrum loved the great outdoors and liked to fish and hunt. He was very friendly and struck up conversations with anyone he met.

Hyrum has always loved studying the scriptures and teaching the gospel. He served in The Church of Jesus Christ of Latter-day Saints throughout his life including as a bishop and patriarch. He and Marilyn served 3 missions together in their later years, first in the Illinois Peoria Mission where they resided in Clinton, Iowa near the Mississippi River and had the privilege of cleaning and attending the Nauvoo Temple. They also served in the Salt Lake City South and the Salt Lake City West missions. He is greatly loved, a husband to be proud of, and a wonderful father and grandfather because he has been and is a great example of righteousness to his whole posterity.

To order memorial trees or send flowers to the family in memory of Hyrum Smith, please visit our flower store.