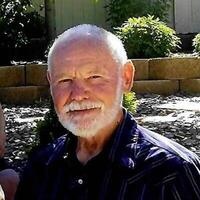 Hugh Orville Hall passed away on March 31, 2021 at home at the age of 90 due to complications with Parkinson’s disease. He was born to John Orville Hall and Helen Bergum on January 25, 1931 and grew up in the Salt Lake area. Hugh graduated from the University of Utah in accounting.

Hugh married to Beverly Hilda Thomson in the Salt Lake Temple on April 7, 1950 and raised four children together.

He enjoyed gardening, hunting and fishing with his sons and other family members. He could also be found on camping trips to his property up Mt. Pleasant canyon roasting s’mores by fire and swapping stories. He was known for being quite the tease and jokester. Hugh also enjoyed gathering with his family for the holidays including Easter egg hunts for the kids, barbeques during the summer, fire works during July. Some of his fondest memories came from extending the table for turkey on Thanksgiving and the Norwegian tradition of the family getting together on Christmas Eve.

He was an active member of The Church of Jesus Chris of Latter-day Saints. He held various callings including ward clerk and counselor in the Bishopric.

He was preceded in death by his parents; and his wife, Beverly.

Funeral services will be held at 11:00 am, Friday April 9, 2021 at Mackey Meadows Ward Building, 2976 West Winchester, West Valley City, Utah. Friends and family are invited to a viewing on April 9, 2021 starting a 9:00 am. Interment will be a Redwood Memorial Estates.

To send a flower arrangement or to plant trees in memory of Hugh Orville Hall, please click here to visit our Sympathy Store.

To order memorial trees or send flowers to the family in memory of Hugh Orville Hall, please visit our flower store.