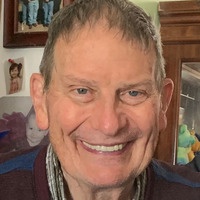 He was born May 8, 1938 in Delta, Utah to Claude and Angie Warner. He was the youngest of 3 children. He married Janell Febon Hansen on July 25, 1961 in the Manti Temple and they had eight children. They were later divorced and he went on to marry Helen Law Darton on December 22, 1990 in the Salt Lake Temple.

Howard grew up in Delta, Utah and attended Utah State University, spent 3 years Active Duty in the Army and 20 years in the Air Force. He loved scouting and Hunter Education but his true passion was firearms. He had a great respect and love for them.

Howard was a successful hard working father and husband.

To send a flower arrangement or to plant trees in memory of Howard Elden Warner, please click here to visit our Sympathy Store.

To order memorial trees or send flowers to the family in memory of Howard Elden Warner, please visit our flower store.