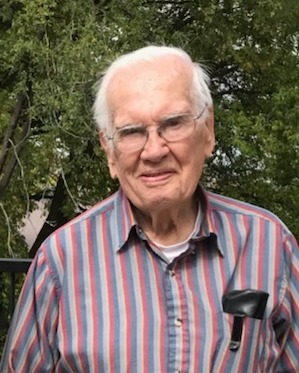 Howard Joseph Mathiason, 94, of West Jordan, Utah, passed away peacefully in his sleep on Thursday July 28, 2022. He was born on April 23, 1928 to William and Bessie King Mathiason of Old Lyme, CT.

He proudly served his country from 1948 – 1950 in the Army’s 82nd Airborne Division as a parachutist and received a World War II Victory medal. Howard moved to Simsbury, CT when he married his loving wife Helen Koseski on June 8, 1957. They enjoyed their life together until her passing in 2008 after 51 years of marriage. In 2010, he moved to Salt Lake City, UT to live with his son, Walter.

Howard was employed by Pratt & Whitney Aircraft in East Hartford, CT and retired in 1990 after 40 years of dedicated service. In his retirement, he and Helen enjoyed gardening and traveling that included annual trips to Newport, RI and camping trips to Otis, MA with their children and grandchildren. While in Utah, he enjoyed short excursions to many of the natural sites both in Utah and neighboring states, including Zion, Bryce Canyon and Yellowstone National parks.