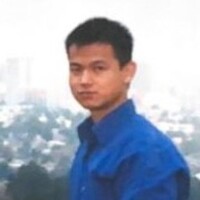 Henry Hong Lim was born in Cambodia September 2, 1977 and lost his hard-fought battle with cancer on September 21, 2021 in Murray, Utah.

Henry and his family migrated to Utah in 1981.  He grew up in Oakland, California and later moved to Riverdale, Utah. He started his own family business and became an entrepreneur, owning his business “Jungle Juice” at Newgate Mall.  Henry’s outgoing personality brought a smile to his customer’s face as they easily became his friends.   Henry was a proud father and enjoyed spending time with friends, family and attending his son’s soccer games.  His fighting spirit will live on.

He was preceded in death by his mother; and brother, Steven.

To send a flower arrangement or to plant trees in memory of Henry Hong Lim, please click here to visit our Sympathy Store.

To order memorial trees or send flowers to the family in memory of Henry Hong Lim, please visit our flower store.