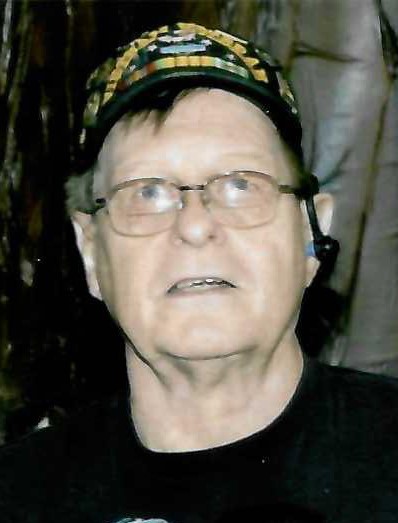 Gordon Andrew Gray, beloved dad, grandpa, brother, uncle and friend, passed away unexpectedly on Saturday, May 28, 2022.  He was born on November 19, 1948. to Gordon Gray and Joan Marler Richards in Lethbridge, Alberta Canada.

In January of 1964, he moved to Utah with his family.  He loved to watch wrestling on TV and was a true hockey fan.  One of the first things he and his brother got involved in when they moved to Utah was hockey!  Coming from Canada, they were quite the duo.  In his later years he became quite the motorcycle enthusiast, he loved riding his Harley!

After high school he was drafted into the U.S. Army where he served from 1968 – 1970.  He valiantly served a tour of duty in Viet Nam.  Upon his return home he married Francis Marie Williams.  They were later sealed in the Salt Lake Temple of The Church of Jesus Christ of Latter-day Saints.  Together they had two sons, Gordon and Jonathan, and a sweet daughter, Annette, who returned home shortly after birth.

He was a welder by trade and was certified in many areas.  He enjoyed working on cars, trucks and anything else with an engine.  He was also quite the handyman and could fix about anything.  Andy was very outgoing and social and would start conversations with anyone.  As a result, he had many friends who enjoyed his company for many years.

He was preceded in death by his wife Fran; his parents; his step-father, Doyle Oxley; in-laws Bud and Barbara Williams; step-son, Andrew Hockenberry; daughter, Annette; and daughter-in-law, Julie Gray.

He is survived by his son Gordon Gray (Becky); son Johnny Gray; siblings Nolan (Chris) Gray, Bonny Beaver, Richard Gray (Susan), and Robert Gray (Colleen).  He is also survived by his five grandchildren and six great-grandchildren, as well as many nieces and nephews.

Andy was a unique and loveable man and will be missed by all.  Rest in peace our friend!

To order memorial trees or send flowers to the family in memory of Gordon Andrew Gray Sr., please visit our flower store.