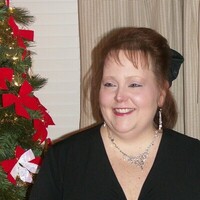 On Tuesday, January 6th Ginamarie returned to the loving arms of her mother, Theresa (DiSabato) Massimi, and her father, Gino Angelo Massimi.  Our great loss is made a little more bearable knowing she is with them.  We know Nanny Bea, Aunt Louise and all her loved ones who preceded her in death are having a glorious and joyous reunion.

Ginamarie was born in Yonkers, New York, November 3, 1962. As a toddler she moved to New Rochelle, New York.  On Edgewood Park she grew up surrounded with close family and the greatest of friends.  As an adult those blessings became larger as families grew and gave her even more people to cherish.  Ginamarie's journey then took her to Utah in 2001, where she was surrounded by even more family. Although she loved her new home in Utah, Ginamarie, like her brother, will always be New Yorkers at heart.

Ginamarie is survived by her brother Michael; his wife Billie; her niece Blaire; and her nephew Vincent; and family and friends both here in Utah and back in New York.

Ginamarie was always about taking care of her family and being there for others. She had a lot of blessings, like when she purchased her condo.  But her greatest joy in life, and her most cherished role, was as Auntie Gigi to her niece and nephew. Words cannot describe her happiness in spoiling them both as much as possible.  With a love so big it created its own magic; she was their fairy godmother.  There was no grand ball, but a lot of homemade food and as much laughter and fun as their hearts could hold.

Ginamarie had a surprise decline in her health with side effects from Diabetes over four years ago and she was admitted to a long-term Care and Rehabilitation Center, but things just continued to get worse.  Even though there was a long road, with a lot of downturns, Ginamarie fought as hard as she could for as long as she could, and we were grateful for every day.  It became more heartbreaking when COVID-19 restrictions reduced the relationship to video calls these last several months.  However, Auntie Gigi and her niece and nephew still made the most of it.  From staying on a video call the whole time Vincent played a video game or Mike holding the phone so Gigi could watch him learn to drive, or a two-hour video call teaching Blaire how to make Banana bread or staying on the phone with her the whole time she painted her room.  She was even taken on family walks via video. Auntie Gigi was always there.

As a sister-in-law, Ginamarie always had your back, from fixing a cooking disaster, discussing books, finding the best sales, and being a shoulder to lean on.  Gigi was always there.  Ginamarie and Mike had the most wonderous relationship.  More than brother and sister, they were best friends. Mike made sure his Gigi knew the only thing better than having her as his sister, was that his children had her for an aunt.   Ginamarie was a true gift. Our Angel.

Beyond our tears, we celebrate that Ginamarie is with loved ones, feels no more pain, and is not held back by the limitations of illness.   We miss you deeply, but we carry your love with us always and forever.  We love you.

A family prayer will be held on Monday at McDougal Funeral Home, 4330 S. Redwood Road, Taylorsville, Utah, 84123. A private family viewing and Mass will be held at St. Joseph the Worker Catholic Church in West Jordan, Utah at 10:30am, Tuesday, January 12, 2021, followed immediately by a graveside prayer at South Jordan Cemetery.

To send a flower arrangement or to plant trees in memory of Ginamarie Massimi, please click here to visit our Sympathy Store.

To order memorial trees or send flowers to the family in memory of Ginamarie Massimi, please visit our flower store.